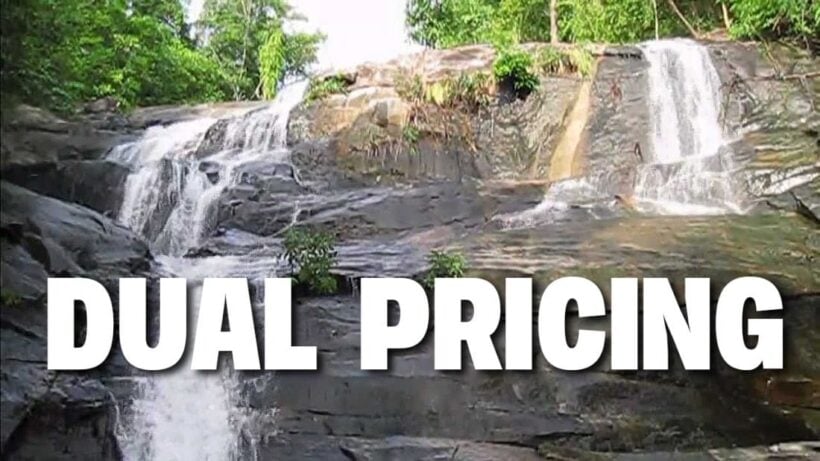 “Yet another example of Thailand’s racial profiling and xenophobia towards foreigners.”

A post by ‘Despondant Foreigner’ on ThaiVisa has again brought up the ongoing saga of dual-pricing. Dual-pricing is the difference in entry fees, or even some restaurant prices, between ‘locals’ and expats, foreigners and ‘farang’.

The rules are applied in a lumpy fashion at various tourist hot spots around the country as well as some national parks. Sometimes it’s applied, sometimes, not, sometimes there are signs, sometime they make it up as they go, sometimes they will allow local expats in for the Thai price.

There are dual-pricing apologists who say ‘Hey, it’s cheap anyway, so pay up and shut up’. Whilst dual-pricing whiners say it’s unfair, racist and shows a lack of grace towards tourists and foreigners.

Here’s the story from ‘Despondant Foreigner’. You can have your say on the post at our Facebook page…

“I would like to share my story with you that happened to me this morning. I visited Promlok waterfall in Nakhon Si Thammaratt with my Thai wife, child and wife’s family. Upon arrival two soldiers approached our car and my wife began talking to them. They explained to her that as today is Songkran all Thai’s get to go to the waterfalls free of charge but I had to pay. Then a woman dressed in yellow approached the car who confirmed what the soldiers said and told my wife that this is a new law. Well we were all disgusted and proceeded to drive back down to the bottom of the waterfall where we could all swim for free.

I am absolutely disgusted by this. Yet another example of Thailand’s racial profiling and xenophobia towards foreigners. The fact that I am married and have children here doesn’t make a difference. Because I have white skin I must pay the fee whilst all Thais go in free.”