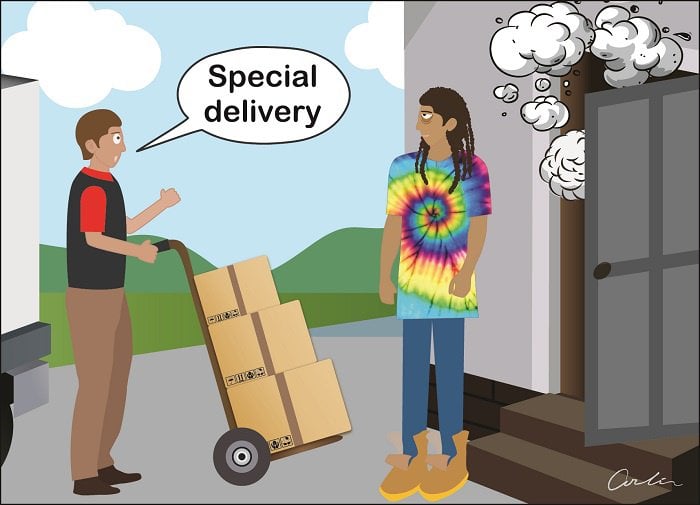 PHUKET: The recent revelation that the Thai Postal Service is being used to transship large quantities of illicit drugs is just the latest in a long list of embarrassments in our country’s effort to combat recreational drug use.

As far back as 1943, the government passed the Krathom Act in a bid to halt declining revenues from the government-taxed opium trade, in a large part because opium addicts used the leaves of this native plant as a way of coping with opium withdrawal symptoms. To this day, Thailand remains the country with the severest penalties for possession krathom.

A more recent embarrassment came when numerous government bodies started buying bogus drug detectors, such as the fully-discredited ‘Alpha 6’, at a total cost to the taxpayers of almost a billion baht. Purchase of the detectors, which had no electrical components whatsoever, started in 2004 and went on for years. Costing 1.2 million baht each, they may have been the most expensive pieces of plastic ever produced – and our nation has the sad distinction of having bought more of them than any other country.

Not that the Alpha 6 would have been helpful, but in 2012, an estimated 45 million pseudoephedrine pills disappeared from state hospitals, almost certainly for use in the production of amphetamines.

Prescription drugs can be every bit as deadly as illegal drugs, yet many clinics here on Phuket – particularly along the west coast – continue to sell them over the counter. Despite Thailand’s harsh drug laws, the ease of obtaining prescription drugs continues to attract tourists from around the globe who are hoping to stock up on pharmaceuticals they could never obtain at home.

By far the most chilling chapter in this ham-fisted history came early in 2004, when the government of Thaksin Shinawatra launched its infamous ‘War on Drugs’. The result was not the cessation of drug use, but rather the extrajudicial killing of more than 2,800 people. Three years later, in 2007, an official investigation revealed that more than half of those killed had no connection to the drug trade whatsoever.

Given this very sad history, we propose that the government experiments with new approaches. Start at the bottom, with krathom. Decriminalize it for a year or two, then perform a ‘Freakonomics’-like statistical analysis of the financial and social effects over that period. If they are found to be negligible, or even positive, move on to the next substance up the chain – marijuana perhaps.

On the enforcement side, let’s start a ‘One Post Office, One Drug-Sniffing Mutt’ (OPooDSM) policy. Local efforts to train up some drug dogs proved extremely promising a few years back– until their work was quietly and mysteriously put on hold, after a successful meth bust at Suan Luang Park. Perhaps officials were just too preoccupied with waving their Alpha 6 magic wands at the time.