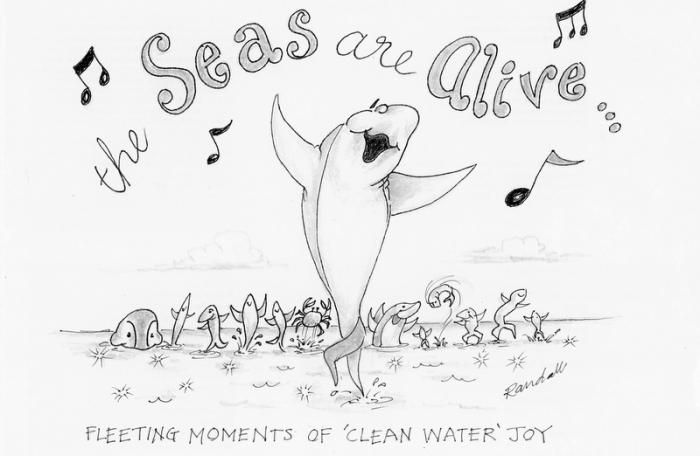 PHUKET: The sighting of false killer whales by a group of lucky marine tourists in Phuket last week should serve as a reminder that despite mankind’s demonstrated ability to shape our environment, there is still a lot going on around us that we understand poorly – or not at all.

The ‘aliens among us’ theme has served as a fertile plot device for many a successful Hollywood film, from the insightful Star Trek franchise to action comedies like Mars Attacks and Men in Black.

As impressive as these creative works might be, the fact remains: truth is stranger than fiction.
Given the recent sightings, there has no doubt been a spike in web searches on the term ‘false killer whale’.

If ever a creature existed with a more confusing English-language appellation, we would like to be made aware of it. Even the Latin term pseudorca crassidens is frustratingly inaccurate.

As Wikipedia informs us, the so-called false killer whale is not only not a whale, let alone a killer whale (also not a whale, by the way), it is among the most elusive, yet widespread species of deep sea dolphins.

Given all these facts, for us to continue calling these fascinating creatures ‘false killer whales’ makes about as much sense as the nonsensical, yet linguistically entrenched tradition of referring to Native Americans as ‘Indians’.

From another perspective, however, such a confounding name is perhaps apt for a species about which we know so little. What little research has been conducted on the ways of pseudorca crassidens has revealed some amazing findings, however.

For a start, they are known to sometimes offer their catch to swimmers and divers they encounter – albeit rarely – by chance, an act of interspecies generosity seldom seen in nature.

Individuals are also known to pair up and make lifelong friends with bottlenose dolphins, with whom they are known to cooperate in hunting.

These bonds appear to be individual-to-individual friendships, much like relationships between so many of us and canis lupus familiaris, aka ‘the domestic dog’.

Hopefully the rare sighting of this pod will serve not only as a reminder of the need to better conserve the marine environment that makes up most of our biosphere, but also of the fact that we are not the only sentient creatures in this realm.

Ministry of Farang Affairs: Nobody sees your actions