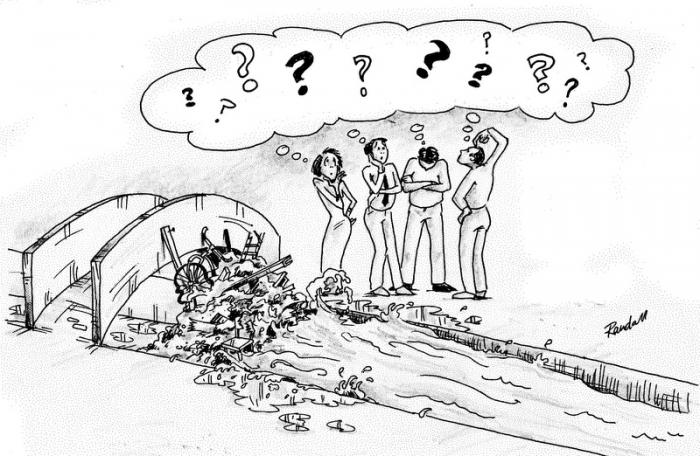 PHUKET: The flooding that inundated many parts of the island late last week is an indication that massive capital investment in various flood-prevention schemes is a remedy that has to contend with land-use planning and construction oversights that have characterized Phuket’s often erratic ‘development’ over the years.

One of the worst-hit areas was Patong, where scores of businesses and residences were affected and access to vital public service facilities, including Patong Hospital and Patong Police headquarters, was once again restricted.

Earlier this year, authorities “assured” local residents that the measures of a two-year, 420-million-baht flood prevention project would put an end to the municipality’s chronic flooding, now in at least its 15th year. However, viral video clips of motorists desperately trying to flee the floodwaters indicate that expectations of a flood-free Patong should never override simple common sense for those planning a trip ‘over the hill’ during the monsoon season.

Admittedly, the flood-prevention project was only started earlier this year and is not expected to be completed until 2018, so there is still much time for improvement.

One idea floated recently was a system of high-tech sensors to be installed under the ‘Smart City’ project, that could provide timely warnings to the public in the event of imminent flooding. Such technology can indeed go a long way to predict downstream flash-flooding in large catchment areas, such as the 160,000km Chao Phraya Drainage Basin in central and northern Thailand. But that is hardly the case in Patong, where the tiny catchment area covers only about 10km and heavy downpours can cause flooding in a matter of minutes.

On a more positive note, the end of Phuket’s long monsoon season is drawing to a close, and before long our shores will be teeming with foreign tourists seeking an exotic escape from harsh winter conditions in the Northern Hemisphere.

As in years past, politicians and bureaucrats will turn their attention to the high season for tourism, dwindling water supplies and other more immediate concerns.

Check back to this space in about a year to see what progress has been made in the thus far futile flood prevention effort.

Ministry of Farang Affairs: Forget why you moved to Thailand