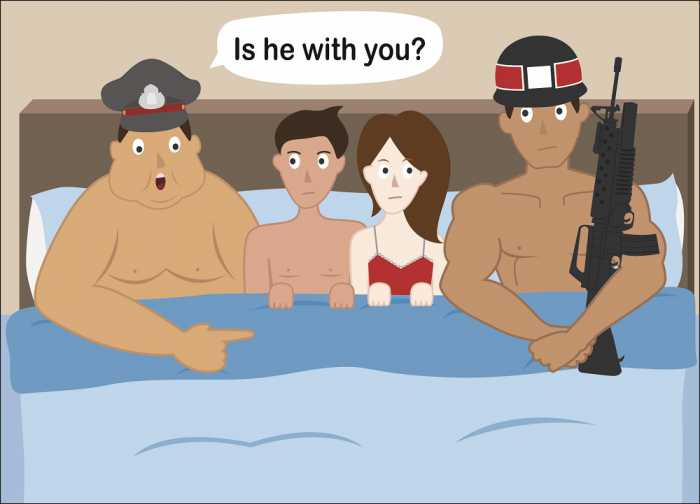 PHUKET: The arrest of five soldiers by police for the abduction of Ukrainian businessman Igor Iermakov last week demonstrates the need for better cooperation between the Royal Thai Police and the military in international crime cases while the nation remains under martial law (story here).

Cases involving international fugitives who opt for Phuket as a safe haven are certainly nothing new. The high season for tourism – when the island is crowded with visitors from around the globe and law-enforcement resources are spread precariously thin – is a particularly easy time for criminals to slip into the country unnoticed.

Once here, many can blend into Phuket’s increasingly cosmopolitan demographic, enjoying the island’s attractions and relatively low cost of living – just like our millions of other guests.

In cases where the offenders’ crimes have allowed them to amass great personal fortunes, Phuket can also serve as a prime destination for a “permanent vacation” out of reach of the long arm of the law in their home countries. Foreign wealth, combined with Thailand’s endemic corruption, have in the past made it relatively easy for all but the most high-profile fugitives to live here long term.

Obtaining high-quality forged documents, hiring crooked lawyers to set up shell companies in order to acquire property or a work permit, and even outright bribery of government officers to obtain whatever permits or status is required – we have seen and reported it all before.

Current immigration regulations aimed at keeping track of foreigners range from the poorly-enforced “24-hour reporting” of foreign guests checking in at hotels to the “90-day reporting” regimen for all foreigners in the Kingdom on one-year “permit to stay” extensions.

These and many other regulations generate mountains of revenue and paperwork at immigration offices throughout the country. They also create considerable hardship, wasted time and expense for businesses and law-abiding foreigners. But never once has there been a reported case in which these practices have led directly to the apprehension and extradition of a high-profile international criminal from Phuket – at least that we are aware of.

Instances in which such criminals have been tracked down and ultimately deported or extradited almost invariably start with requests from overseas law-enforcement agencies acting on tips.

Procedures for coordinating investigative operations with police agencies are well-established and have improved with better use of technology in recent years.

As an eventual return to civilian rule is the stated goal of the current administration, we humbly suggest that existing mechanisms continue to be used in cases involving foreign fugitives and that the military refrain, as much as possible, from becoming directly involved.

As the Iermakov affair demonstrates, doing so can lead to a great deal of “misunderstanding” and embarrassment.