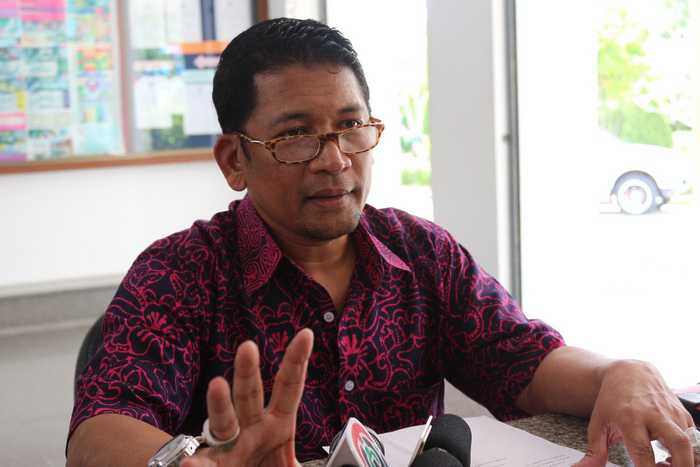 Why don’t we take the under-the-table money for “extra services” tacitly – and corruptly – permitted by officials, and use it to bolster the salaries of government officers, including police?

It’s no secret that officials, including the police, are paid salaries so low that it has become a common presumption that officials have to supplement their pay by receiving payments for offering “extra services”. Thais call this “tea money”, and in small amounts it is openly accepted.

So, let’s take a tip from the experts: namely, corrupt officials and the people who pay them. The market rates for “extra services” in Patong have already been set – at about 50 million baht per month if Chart Chindapol was correct in his assertion last year (story here) – and the businesses that pay these illicit fees have already factored them into their formula for ongoing profitable success.

Night venues that want to trade late can pay a legitimate fee, and the money can pay for extra police patrols during those hours and subsidize the improvement of infrastructure in the party town.

To make it fair, let’s make this available only to businesses that pay the jacked-up rents inside the so-called Entertainment Zones in Patong and Kata-Karon.

But if the National Council for Peace and Order (NCPO) and the Royal Thai Police publicly claim that they want to arrest every person suspected of taking part in Patong’s massive corruption game, they should do so – and take down everyone and clear the whole mess up.

Let the Keesins name everyone involved and how much was paid, if indeed they know it, and how much each person, including officials, received.

So far, the police have not made a single mention of any police officers under investigation for collusion in the taxi mafia, or expressed any interest in arresting the “Patong bagman” who was delivering the alleged 50mn baht a month.

The NCPO chose Phuket for its high-profile “cleanup” because it knew the world would be watching. The same cleanup is under way in Krabi, but not even the Thai media care enough to write about it.

But if this campaign ends up looking like the NCPO is taking down only the influential figures they want to, the world will perceive the cleanup as capricious – and that’s what started the protests that led to the coup in the first place.