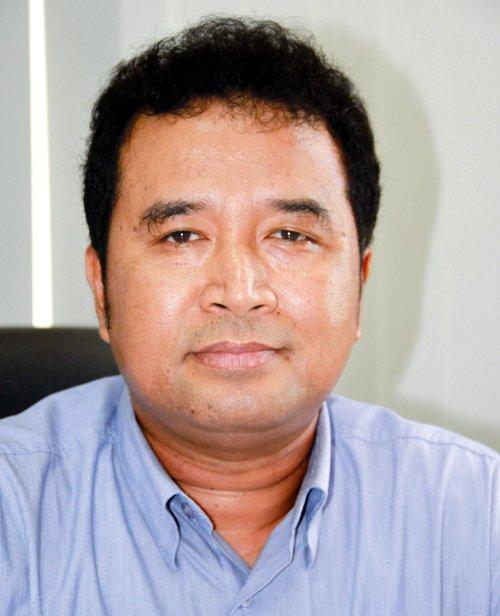 PHUKET: Samak Luedwonghad, 45, has been trying to make Thailand’s roads safer for 23 years, and is currently the Phuket Highways Office Director. Before he moved to Phuket in February, he had worked for the Department of Rural Roads’ Bureau of Bridge Construction for 10 years, and then for more than five years as the head project engineer of the Bridge Construction and Maintenance Center in Phichit province.

Here, in his own words [translated into English], and with a focus on the notorious Ko En Curve, he pleads for Phuket motorists to slow down, which will save lives – even if road users must continue to suffer the absence of police law enforcement, which is seen by most as the primary cause of the current mayhem here.

“I simply want motorists in Phuket to stop speeding. By slowing down and obeying traffic laws many unnecessary accidents will be avoided, and lives saved.

“The need to slow down is especially necessary at the Kor En curve in Thalang. There was a serious accident there last year that killed a four-year-old boy [Anupong Sae-Yu] and his aunt [Malai Kaewkluan].

“In the wake of the tragic accident, we have installed a range of road-safety measures at that curve. Those safety measures have helped to reduce the accident rate on that particular stretch of road; probably by about 40 per cent.

“However, local residents want the number of accidents on the curve down to zero. So we are trying everything we possibley can to minimize them.

“One measure we took was installing plastic traffic poles to separate the lanes as motorists rounded the bend, which helped encourage motorists to slow down while passing through.

“We also spent about one million baht on resurfacing a 400-meter southbound section of the road with a high-grade surface that reduces the centrifugal force of the moving vehicles and increases tyre adhesion to the road.

“We have seen that using this “high-stick” road surface has been very successful in reducing the number of accidents at some very dangerous curves in Phang Nga as well. We will do the same to the northbound lane at the Kor En curve next year.

“However, these are all only temporary measures. We have held several discussions with Phuket Vice Governor Chamroen Tipayapongtada and related officers, including the local village headman, about what needs to be done to make this curve safer. We will meet again to assess how effective these temporary measures have been, and to decide whether or not any further action needs to be taken.

“The Department of Highways’ Bureau of Highway Safety has collected information and observed traffic passing through the curve so it can come up with a permanent plan to improve road safety at that location.

“We have presented our information on the effects of the temporary safety measures to those who will draw up the permanent safety plan. We are now waiting for their response.

“One of the long-term solutions we initially thought we would be able to pursue was acquiring the land adjacent to the curve so we could reduce the sharpness of the bend. However, we now know that we will not be able to do this, so we are doing our best to curb the number of accidents at the curve with the limited solutions at our disposal.

“However, installing such a sign is not a cheap solution. It would probably cost more than five million baht. We will have to wait for the 2014 fiscal year before we can get the budget to move that project forward. We still need to present the project report and the budget request to the Department of Highways head office in Bangkok first.”