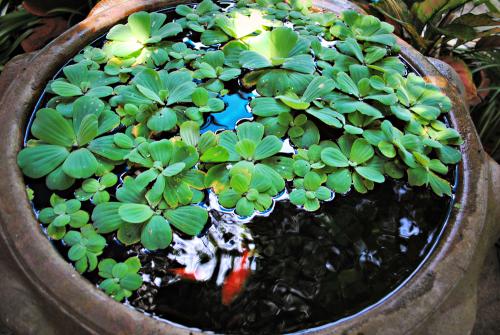 PHUKET: In the wake of the latest surge in dengue fever cases in Phuket and Thailand as a whole, the Public Health Ministry is once again stepping up its efforts to reduce if not eliminate the looming threat.

At the core of the officials’ latest reactive strategy (now that’s an oxymoron!) is the so-called “3-3-3” campaign that in more words or less will see neighborhoods sprayed with poison on mass.

Mosquito larvae has been declared Public Enemy numero uno, and even the slightest suspicion is enough to warrant a neighborhood-wide genocide – of those pesky little insects, of course.

Not to worry, these deadly chemicals (that you and I ultimately paid for with our taxes) are for our own good, they insist. Now where have we heard that one before?

Was it a century ago, when industry-funded research happened to “discover” that sodium fluoride (an industrial by-product that once-upon-a-time was an expensive and tedious waste to dispose of) just might slow down tooth decay if added to public drinking water?

Or perhaps it was when chemical companies first convinced farmers that using pesticides was the key to “improving” quality… errr, quantity of their yields.

I don’t know about you, but I’m suspicious anytime someone insists that poisonous chemicals are for my own good. I don’t want them – not in my water, salad or in my neighborhood!

As far as dengue fever goes, I do agree that eliminating breeding grounds for mosquito larvae would help, but I don’t think that using chemicals is the most effective, let alone most responsible way to combat the disease.

Here’s a classic alternative solution: for those living in houses – get a fish pond or two full of guppies or mosquito fish (of poecilia genus). And if you’re in an apartment or condo like I am, a small open-lid fish aquarium or large clay jar filled with these inexpensive mosquito-eating fish will also effectively eliminate the chance of mosquito larvae thriving in the immediate area.

This solution is easily applied on a community and neighborhood scale with public fountains, ponds and even canals. If at home, though, be sure to remember the classic rule of thumb: you should allocate no more than one centimeter of fish per liter of water. This is about five full-sized guppies in a 15-liter aquarium.

Phuket Opinion: Out of the house, into a brave new world