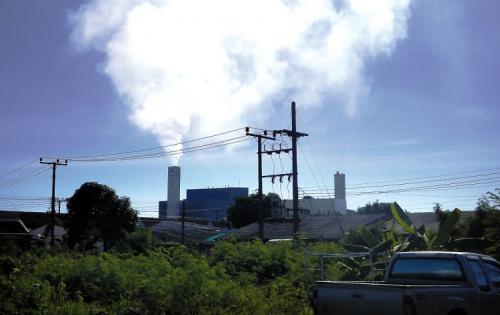 PHUKET: I was recently contacted by a man named David, a graduate-level research assistant from a reputable University in Bangkok, who had come to Phuket for the first time – but not for the typical reasons.

The destination luring David to our “paradise island” was not any particular beach, cove, resort, restaurant or bar, but was in fact the Waste Incineration Power Plant and Landfill in Saphan Hin – not exactly post card material, I’d say.

Having read several articles on the Phuket Gazette website – in particular, one that I’d written entitled “Phuket Waste 101: Dousing the burning issue” (see here) – David was looking to obtain more data as part of his research for a thesis he is writing.

After giving him some leads, I inquired further about his motivations, to which he revealed that he is exploring the viability of Thailand’s budding Waste To Energy (WTE) industry, of which Sweden is a model country.

In contrast to the situation in Phuket, there is actually a shortage of consumer waste in Northern Europe, where rubbish is in high demand thanks to the highly efficient WTE plants there.

In Europe, consumers’ demand for incineration-sourced energy has far surpassed their capacity to produce and supply the necessary fuel – trash.

To keep up with such swelling demand, both Sweden and Norway are now paying top dollar to ship in trash (not just recyclables, but all types of refuse) from neighboring countries to feed their WTE plants, and thus power and heat their homes, schools and cities.

Just a few paces behind, Thailand is headed down a similar path, highlighted by the Department of Energy’s goal to double the amount of energy produced by incinerating municipal solid waste.

This means moving from the 80 megawatts produced by burning rubbish now – about a fifth of which is produced by Phuket’s rubbish alone – to up to 160MW by 2021.

As a keen researcher like David would agree, perhaps the path we are treading – one that is focused on boosting our dependency on producing and eventually, like Scandinavia, importing waste – is the wrong one.

Instead, wouldn’t it be wiser to reduce our dependency on waste and energy, and in fact to stop wasting energy? What do you think, Dave?

Phuket Opinion: Not backing down in Phuket’s edgiest district