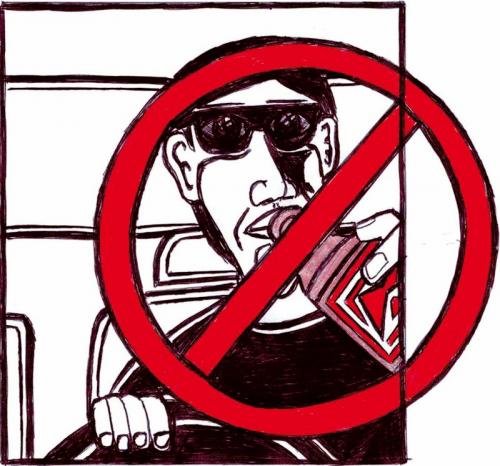 PHUKET: As children we were told that we were special, unique – exceptional. Those of us who have flocked to this little island have taken our parents’ words in stride and to heart. Individuals of every nationality in Phuket believe that they are an exception – an exception to everything: laws, moral creeds and consequences. I am without a doubt, and somewhat ironically, not an exception to this singular belief that runs so rampant in paradise.

It was 3am on a Sunday morning – the damage of a long Saturday night carrying through. Volunteering to give a teacher friend a ride home, I sped off from Kamala, up and down the windy hills, and through the dark.

The flashing triangle and cones set up at the bottom of a long hill north of Patong signaled a police checkpoint.

I didn’t have a driver’s license on me, but it was too late to attempt any criminal maneuvers to dodge the checkpoint and I didn’t have the courage it takes to blow through one, as I have seen others do from time to time. So, waved to the side of the road, I pulled over – sifting through my empty wallet for the driver’s license that wasn’t there.

Eventually, the officer believed it was time to take me down to the station, to test me for drunk driving – he had the driving part already pinned down and just needed to establish the drunk part – when it happened, an unthinkable utterance back home, but something extraordinarily Phuket in nature: I told him, “No”.

It wasn’t an abusive or hard no, but it was clearly a “there must be some sort of mistake; I am an exception to the law” sort of no. With a little more conversation and no money changing hands, and on the basis that I was giving a teacher a ride home, we were set free to continue our journey.

Though there had been a vague feeling that I, in this exceptionalist way, was not alone – based solely on the behavior of so many non-native islanders, Thai and foreign – it wasn’t until this weekend that I heard it verbalized.

A friend was asked not to drink on a privately rented bus, and he was recounting the story polishing the tiny tale off with, “I didn’t come to Thailand to follow the rules.”

And though many of us, believing we are the exception to this rule may flinch in horror at such a statement, think about how many illegal u-turns you take, how many red lights you run, how many beers you buy at bars when no alcohol should be sold – think about all the rules of law that you feel should not apply to you, and therefore, here in Phuket, don’t.