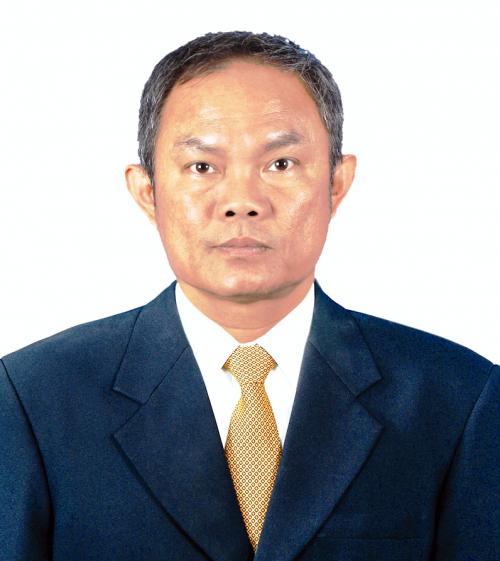 Surin Bamrungphol, 53, is a founder and President of the Phuket Anti-Corruption Network. He is a Phuket native with a PhD in Development Strategies from Phuket Rajabhat University. Mr Surin is CEO of SureMed Corporation and vice-president of the Federation of Thai Industries, Phuket Chapter. He also serves on the board of a variety of companies.

Here, he talks about why Phuket needs an anti-corruption network and what motivated him to start it.

PHUKET: Our island province is growing at a tremendous rate. New businesses are opening all the time, there is a great deal of money coming in, and a lot of people are moving here to take advantage of the economic growth. But one consequence of all this is increased corruption.

The purpose of my anti-corruption network is to free Phuket from this serious problem. This is to benefit Phuket society, but it’s also important because we’ll be joining the Asean Economic Community (AEC) soon and we need to show outsiders that our business practices are transparent and aboveboard.

The way to do this is first to raise awareness, then to take action.

I started doing some research last May when I handed out questionnaires about corruption to all kinds of people of all ages, including students, government employees and local business associations.

We named 25 government departments on the survey and asked questions such as “When you did official business with this department, did you have to pay money under the table?”

We haven’t finished processing the data yet, but as of today the top five categories of officials accused of being corrupt by the 500 people who answered our questionnaire are: the police; the Land Department; local administration organizations; the Land Transport Office; and the Immigration Police, in that order.

A lot of people think that corruption doesn’t concern them – they think it’s other people’s problem. But actually, it’s all around us, affecting us whether we can see it or not. We can’t just ignore it.

Because people tend to think it doesn’t involve them, the first thing we have to do is raise awareness, especially among children and young people. We try to help them understand that corruption is something close to them, part of their daily lives.

One example I give is this: Officials receive 100 million baht for a new road, but they only spend 80 million baht on the project, putting the other 20 million in their pockets, with the result that we all drive on a substandard road. Examples like this help people see how corruption is part of their lives.

In the future, when we are stronger and more established, we can start taking more direct action. For example, if the Phuket government has a big construction project, we would send someone to join the planning committee, to make sure the bidding is conducted in a fair and transparent way. Ideally, we’d also follow the construction as it progresses.

This is the power and responsibility of a civil society, and it should not be seen as something extraordinary. Government officials are spending our money – our tax money – and we should be able to check to see that it’s being spent properly.

At a national level, we already have organizations that do this. I think that having our own anti-corruption network here on Phuket would be more effective; it would involve locals checking up on local activities and people.

Right now, Phuket is the only province in Thailand that has this kind of network. We started it in February this year and we have 800 members so far. We are aiming for 3,000 by the end of the year.

All of us who live in Phuket use its natural resources every day. How many of us give something back? This is the only thing I could think of doing to give back to Phuket, my hometown.

I hope that with our network, Phuket can become a model of anti-corruption, a model that other provinces can follow. I don’t expect this to happen overnight; it will take a long time, probably 10 or 20 years. That’s okay. Even if it doesn’t happen in my lifetime, it’s okay. I will feel satisfied knowing that I started Phuket moving in the right direction. I want to help create a corruption-free Phuket for my children and grandchildren. I believe you do too.

More information is available by calling 081-891 2333 or emailing: dr.surin@icloud.com

Phuket Opinion: The Carnival of Corruption