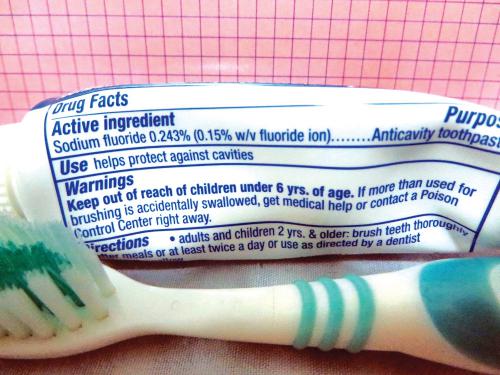 PHUKET: I’ve been losing sleep lately thinking about all the poison I’ve subjected myself to during 12 years in Thailand – alcohol, sugar, fatty and acidic foods, traffic smog, secondhand smoke and perhaps the biggest culprit of them all: water.

I’m referring to fluoridated water, and the “forced-medication” of the planet’s prime life supply – drinking water.

The practice, which the US Centers for Disease Control once called “one of the 10 greatest achievements of the 20th Century”, is now one of the most heated health debates of our time, called by activist groups such as the Fluoride Action Network an “outdated form of mass-medication; an unnecessary, ineffective and unsafe practice”.

The more I researched, the more alarming I realized the topic was… is. Governments around the world are adding artificial and highly toxic forms of fluoride – sodium fluoride, fluorosilicic acid and sodium fluorosilicate – to water and food supplies.

According to the British Fluoridation Society, as of November 2012, roughly 5% of the world’s population was receiving artificially fluoridated water; 70% in the US, 80% in Australia, and 100% in Singapore and Hong Kong.

Fortunately, according to an employee at the Phuket Provincial Waterworks, Phuket’s tap water is not artificially fluoridated. However, that doesn’t mean it’s fluoride-free. The Thai Dental Association, in one test of locally-bottled water, found trace amounts between .08 and .16mg per liter.

And you can’t escape with bottled water either – a 2010 Chulalongkorn University study showed that all commercially bottled water sampled in Bangkok had fluoride levels ranging from .04 mg to Thailand’s maximum allowed amount of .7mg per liter. Whether this was artificial or natural fluoride is not clear, but I’m willing to bet that, at least for the brands with higher concentrations, it is artificial. Most European countries have outright banned water fluoridation.

Proponents of water fluoridation are quick to cite unqualified and even invalidated studies about how fluoride prevents cavities and tooth decay. But does it really?

Try reading more current studies about the causes of skeletal fluorosis and all of its advanced conditions including osteoporosis and osteosarcoma (bone cancer). While you’re at it, read about the effects of fluoride on the thyroid and pineal glands.

Or easier still, just read the warning label on your tube of toothpaste.

Phuket Opinion: Resolving not to fail