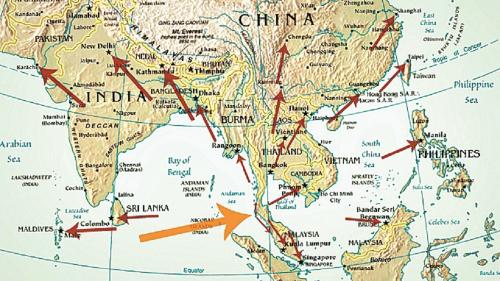 PHUKET: Having completed the bureaucratic rigmarole of obtaining a one-year work permit and a one-year non-immigrant B visa, I am soon to embark on my first quarterly “visa run” to have my passport stamped at the Ranong border control office. As a consequence, I have been mulling over the reasons why such a trip is necessary and I confess, I am at a loss.

How can requiring foreign workers to leave Thailand every three months for a literal “rubber stamp”, despite the fact that they hold the requisite documents, both with a one-year validity, be good for the Thai businesses that employ them, or, for that matter, the economy as a whole?

Who benefits from this seemingly illogical requirement? The visa-run companies that have sprung up to serve the needs of this market, obviously, and the large Andaman Club, said to be owned by Thai interests. People forced into regular visa runs create a steady supply of patrons to the casino, due to its convenient proximity to immigration.

What are the negative costs of creating a few more jobs in Thai visa-run companies and gathering a bit of money at the casino?

We often hear stories of these vans rushing up and down the roads to Penang and Ranong at dangerous speeds and of the inevitable, and regular, crashes involving them – it seems that they create more problems and grief then they solve – problems which could be reduced with the stroke of a pen by allowing in-country renewal of visa documents.

There are the working hours lost when foreigners take these visa runs on company time, and there is the cost of transport, either borne by the companies or the workers themselves.

From the point of view of investment, these all add up to a clear disincentive to establishing a small company requiring foreign expertise here in Thailand.

But most of all, quarterly visa renewals are an inconvenient and a baffling redundancy. Why not simply allow foreign workers to renew their documents at the local immigration office and pay an appropriate fee?

Or better yet, dismiss this requirement completely, and allow a “one year visa” and “one year work permit” to actually be what they purport to be – official permission to reside and work in Thailand for one year.

Phuket Opinion: Beauty is only skin deep – even in paradise