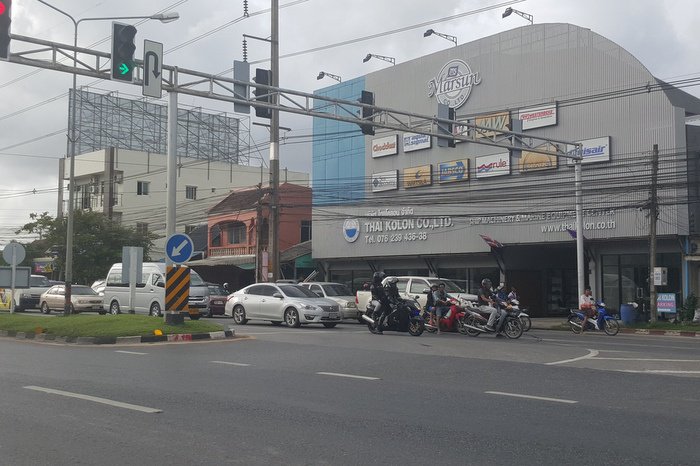 PHUKET: There is a social glue that seems to be forcing more and more drivers to a complete standstill at red lights in Phuket than ever before. However, it only takes one weak link in the proverbial chain for old habits to kick in, along with first gear.

Depending on how long ago you arrived on the island, the significant changes you’ve witnessed will vary from tourists who have just arrived and know Phuket as nothing other than what it is today, to the pioneer expats who remember that a trip from Patong to Phuket Town was an overnight affair.

With only four years under my belt as an expat on the island, I have witnessed enormous changes – from infrastructure to clear beaches. However, the most reassuring one has been a steady increase in the number of road users obeying laws.

There are still more crazy, incompetent and self-absorbed drivers out there than one would like to see; however, the number of people wearing helmets, especially full-face helmets, does seem to have steadily increased, perhaps even picking up momentum as the months and years wear on.

There are really few things as heartwarming as seeing an entire three-person family on a motorbike with even the toddler having a helmet strapped to his head. With such a statement, we are of course removing all heartwarming baby animals, such as sneezing pandas, from the mix.

However, what has been the most incredibly striking change on the roads over the last few months is what is happening at t-junction traffic lights, most notably on Chao Fa West. People are stopping – all of them.

A year ago, there would be maybe one old lady on her motorbike watching the red light as a dozen or so other drivers zipped by, regardless of the traffic light’s color – perhaps Michael Jackson would approve.

Now, however, there are crowds of bikes waiting. That being said, it seems that everyone is bonded in place by a very thin social membrane stretched out across the lane. All it would take to break is one driver thinking, ‘Heck with this’. As soon as he or she pushes through, many others, who were impatiently waiting, are sure to follow.

Help boost the strength of this social membrane. Everyone – foreigners and Thais – must show a little more self control to ensure that we at least aren’t the ones willing to bust the road-safety bubble and return to the old Phuket habits of obeying only those laws that are convenient at the moment.

Opinion: The lay of the land