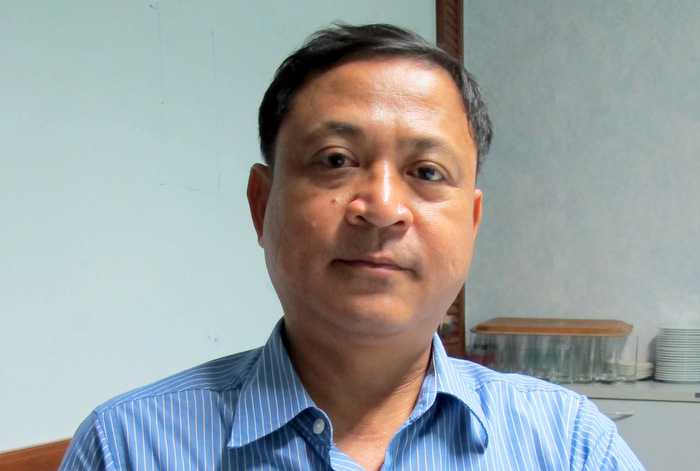 Bhuritt Maswongssa is the vice president of Marketing at the Phuket Tourist Association (PTA). Originally from Yala, he moved to Phuket in 1985. Vice chairman of the Patong Resort Hotel; a law graduate from both Ngee Ann College in Singapore and Ramkhamhaeng University in Thailand; and a master’s graduate in business from Phuket Rajabhat University; Mr Bhuritt is a force to be reckoned with.

Here, he calls for law enforcement in Phuket to make tourists feel safe on the island, and reveals the feedback he has received from tourists about the beach-cleanup campaign.

PHUKET: Most of the feedback I have received about the beach-cleanup campaign is that tourists want to see the government strictly enforce the law. Most of them have no problem with the campaign. They understand the problems that have been brought about by beach vendors occupying the sands.

Beach vendors became a provincial-level problem because local officials let them go unchecked for years and it got out of hand.

I personally agreed with the National Council for Peace and Order (NCPO) mandating that the beaches be cleared. Officials let it go on too long. They did not consider managing the beach to be a serious issue, so it became a big problem when people used public land for their own businesses.

Now, it is up to government bodies to take care of, but what remains critical is that tourists want to see Phuket officials enforcing the law and being fair to everyone.

They want to see officials make safety and security a top priority, and provide proper public utilities for everyone. They do not want them to pick on some businesses, and leave others alone. That act alone can do much harm to the tourism industry.

Law enforcement must be carried out at all times, not only during some pre-defined periods or so-called “crackdowns”. Otherwise, it will be hard to contain the negative influences and prevent the same situation from recurring.

All these issues have taken their toll on Phuket’s tourism, but none more so than the current state of oversupply in tourist accommodations on the island. There are too many hotels, too many rooms.

Although we currently have about the same number of tourists as last year, the current occupancy rate of hotels is 65-70 per cent.

There is little we can do to improve occupancy rates in Phuket. We can’t reduce the number of rooms available, so we keep doing our best in marketing the island as a holiday destination.

Our role – that of the PTA – is to bring tourists to Phuket. We do the marketing. We leave the public-utility management to the government sector.

If anything, we should be working closer with government agencies to make sure our marketing plans and the island’s development are kept at a close pace, so that the supply of hotels stays close to the level of demand.

We are ready and willing to do this. Together is always better.