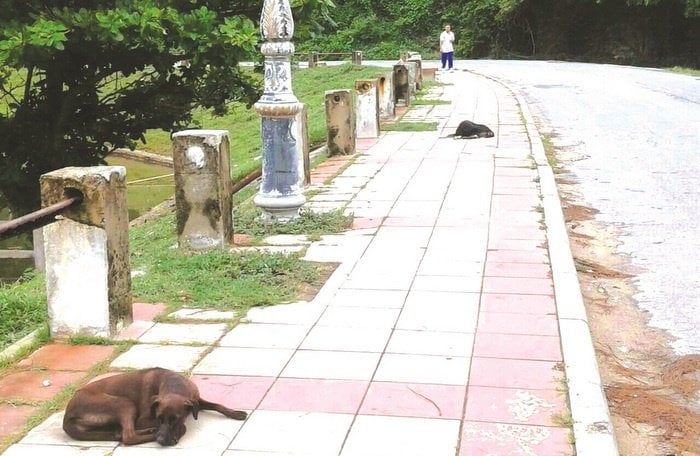 John Dalley, originally from Leeds in the United Kingdom, is the president of the Soi Dog Foundation. John worked as a chemical plant manager for many years before retiring in 2002. In September 2003, he became involved with the Soi Foundation when it first started in Phuket.

Here, he talks about the soi dog problem in Phuket, and Thailand, the approaches the Soi Dog Foundation has taken to reduce the number of genuinely stray dogs on the streets and what needs to be done in the future.

PHUKET: The stray dog issue draws a number of comments from foreign residents, especially those who tend to compare Thailand with their own countries.

To understand the issue, it is first necessary to understand Thailand. Dogs here fall into four categories. The first group are owned dogs kept in the confines of the owner’s property; the second are owned dogs who are allowed to roam free; the third are those classified as community dogs, who are
accepted by locals and fed, but with nobody accepting outright ownership. It is the second and third categories that make up the majority of dogs in Phuket. The fourth is made up of true strays that are generally wild and avoid human contact.

The number of dogs living in an area is determined by the human population living in that area. Dogs, as we know them, are descendants of dogs who were domesticated thousands of years ago from the wolf.

Although still exhibiting many characteristics, dogs have lost the ability to hunt in packs as their ancestors did. Dogs rely on man for food, and when not fed directly, will rely on scavenging amongst food waste thrown out by humans.

There are only two ways to reduce the number of dogs on the streets. The first is euthanization of all dogs not confined to homes, but achieving this is controversial and has never been successful in developing countries. Thai society, being predominantly Buddhist, does not accept mass killing of dogs.

The Soi Dog Foundation has completed a three-year program, working in collaboration with local authorities, that has seen close to 30,000 dogs sterilized on Phuket.

It is now proving difficult for our teams to find unsterilized dogs on the street.

Over the past 10 years, the population of dogs on the island has decreased and will continue to do so. However, a maintenance program will be needed, as many owners do not agree with sterilization and resulting puppies are dumped. Also, hundreds of unvaccinated puppies are imported each year from commercial puppy farms for sale at pet shops and markets. This can not only compromise the island’s rabies-free status, but unsold puppies end up being dumped, and a significant number of purchased dogs are abandoned when health or behavioral issues arise.

Most people, including local authorities, are looking for a quick fix.

Removing dogs to under-funded dog pounds or other areas will not work long term and can have a detrimental effect when vaccinated, sterilized dogs are removed.

Left in place, these dogs not only have a built in herd immunity to rabies but they cannot breed.

Assuming a food source is there and existing dogs have been removed, other genuine stray dogs seeking a better source of food will move in, and if not sterilized, the problem starts again.

The number of stray dogs in Thailand can be reduced dramatically, but while owners continue to allow their pets to roam, the sight of dogs on the streets will always be a feature of Thailand.