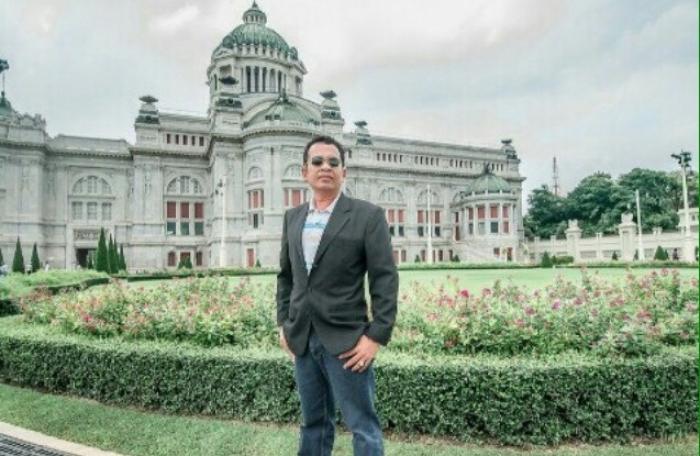 Supap Pramkaew, 49, is head of the Karon tuk-tuk consortium. He has been a tuk-tuk driver in Phuket for 20 years and has lived on the island for more than 30 years. He is originally from Nakhon Sri Thammarat.

Here he talks about the current issues that tuk-tuk drivers face and how the government could help alleviate some of those problems.

PHUKET: This year has been one of the most difficult ones in my 20 years of driving a tuk-tuk.

Because many of the newer tourists come here on tour packages, they are in no need of public transport – they all travel on buses or minivans.

We really need help from the government in these situations, as it is taking away income from local people. However, we sometimes feel that the government is not very attuned to what goes on in our field of work.

It would be very beneficial to both parties if they allowed a spokesperson from the tuk-tuk consortium to be involved while setting regulations and guidelines.

Currently, there is no one representing us in the government and so they often make rules based on what appeases the general public.

One such disconnect was when we were receiving a lot of complaints about our prices. So, together as a consortium, we set our prices to what we perceived was fair to everyone. However, officials were unhappy about us regulating our own business and informed us that they would be in charge of setting prices.

Even though the prices varied from what we thought was fair, we abided by their decision. The only problem we had was that they demanded that we make signs displaying the new prices, but did not provide us with a budget to do so. So we ended up using 200,000 baht of our own money to comply with their wishes.

Another major issue that we face is the types of tourists now coming to the island.

We feel that officials only focus on the number of tourists who come to Phuket, without any regard to the consequences for us.

In the past, most tourists could communicate with us in English.

For the most part, this is the only language that we speak other than Thai. Now, however, many tourists are only able to communicate in their own language, making it extremely difficult for us to explain safety regulations and prices to them, or understand them when they are trying to explain directions to their destinations. This really affects our business, as we are the ones who deal directly with them on a day-to-day basis.

The government can help us by making it mandatory for hotels and resorts to give guests key cards with their address and phone number displayed on them, and perhaps a few general rules about customs and public transport, so that we can ensure we are bringing them to the correct destination and charging the correct prices, and they can better understand safety regulations and general instructions.

Particularly in cases when someone is drunk or has many children, tourists need to take responsibility for themselves and their families, and not argue with us if we refuse to allow them in our tuk-tuk, because at the end of the day, we are held responsible if something goes wrong.

The key cards could help diffuse a lot of arguments that we get into when we are unable to communicate correctly. Whenever situations like this occur, we always end up looking like the bad guys.

We only ask that the government help us so we can help them, and together offer quality service to Phuket’s tourists.