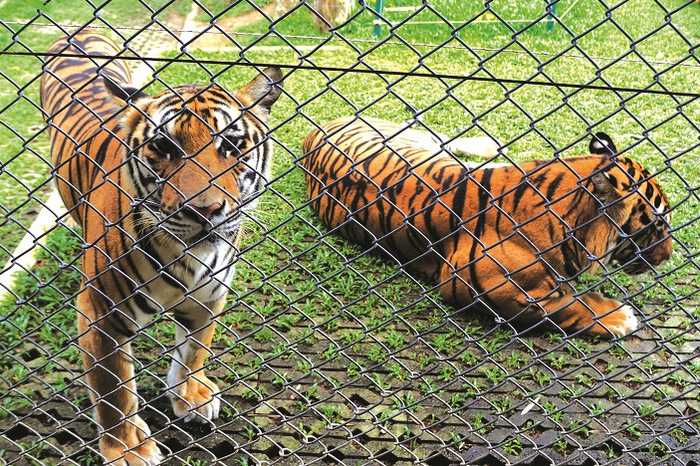 PHUKET: A couple of weeks ago, I joined some work colleagues for lunch at a Cherng Talay restaurant. The restaurant is Australian-owned and caters mainly to expats who are homesick for stodgy meat pies and other Western fare.

While waiting to be served I noticed, among the restaurant memorabilia, an old black-and-white photograph on the wall. It depicted a group of locals standing with their guns over the carcass of a tiger. The photo caption read: ‘The last known tiger to be killed in Phuket, 1965.’

I remembered the date, because it is the year I was born, nearly 50 years ago. Although this was supposedly the last tiger killed on Phuket, sightings of them were still reported up until the mid-70s, with some people even claiming to have seen them as late as 1980.

We will never know how long these elusive cats really managed to survive on the island alongside man. What were they like I wonder; cut off from the mainland for hundreds, maybe thousands of years? Had they evolved differently from other tigers? Were they smaller? Did they creep out of the jungle down to the beaches on moonlit nights, swim in the sea and enjoy a fish diet? Or did they hunt now-extinct deer or forest antelope, the likes of which our generation has never seen?

Today, much of Phuket’s true forest cover has gone, along with most of its wildlife. If tigers once roamed the island, think what other exotic animals must have been here to support that complex food chain.

As humans there’s a constant need to reassure ourselves that we are doing the right thing – that we can Save the World, even though it’s the world that needs saving from us. We get all warm and fuzzy inside when let loose to champion this or that cause… it gives us “hope”.

But let’s face it, we are kidding ourselves. Is Phuket really beautiful? It certainly was 200 years ago, but what’s left is a shell of its former self. How many times have you driven down Thepkasattri Road, sucked in a lungful of air and exclaimed how fresh it is? When did you last read a report about a coral reef growing, or wild elephant numbers in Khao Sok National Park quadrupling?

In many ways, Phuket is a mini example of the direction in which our world is heading. Unless society – not the way we do things in society – changes, the natural world as we know it, will soon be gone.