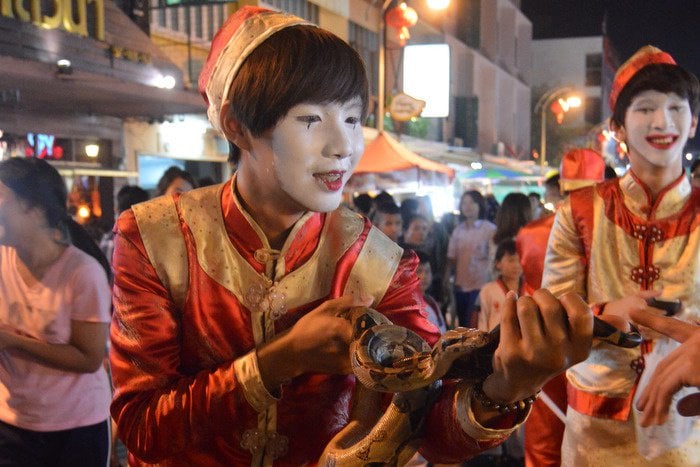 PHUKET: I love snakes. Whenever there is a news story about snakes sneaking into houses during the southwest monsoon season – I’m clicking on it. Snake in the road? I’m getting as close as possible to get a picture – which I admit is probably not the best idea in some situations, depending on the type of snake.

So, naturally, when I saw a man walking through one of the local watering holes with a beautiful python the other night, I immediately ran over. To my surprise and delight, he asked if I wanted to hold it. You can probably guess how I reacted (I’ll tell you anyway: I squealed like a kid on Christmas morning).

My buzz, however, was promptly killed by a friend in my group. After a few glorious seconds holding this majestic, gorgeous creature, I hear my friend yell, “That’s animal abuse!” Immediately, I descended from my own personal heaven and handed back the snake to its owner. I had just been publicly shamed for something I saw no problem with.

Later, with a more clear head and embarrassment washed away, I thought back on the incident. What exactly qualifies as animal abuse?

Take this snake, for example. It looked very well cared for and well fed. It wasn’t on its way to be skinned to make a pair of boots. Many species of snakes are active both day and night, so it wasn’t being kept up ‘past its bedtime’ or when it would normally be sleeping. I didn’t ask to have a picture taken, and the man didn’t tell me I had to pay to interact with the animal.

The man wasn’t touting a slow loris for cash in the baking afternoon sun on Bang Tao Beach, when the nocturnal animal should have been sleeping. I wasn’t riding an elephant at one of the many trekking camps on the island, or cheering on a drinking tourist as he climbed on board a baby elephant with a bottle of whiskey in hand.

I’ve taken multiple pictures with a friend’s snake while we were out and about at a park in my hometown – as did many strangers passing by. Does this count as animal abuse? What about when I see a cute dog at the beach with its owner… should I be ridiculed for wanting to take a picture of it? And where are the critics and pitchfork-wielding mobs when an iguana is carried around at one of the beaches?

My point is that everyone has a slightly different definition of animal abuse, and many of them only extend to certain types of animals.

If you want to champion animal rights, refuse to take a picture with the animal or pay the person who owns it. Make a calm, logical argument about your opinion to a friend who maybe doesn’t share the same view, so that they can see things from a different perspective.

If you’re going to start a riot about an elephant being featured at a beach club party, then maybe you shouldn’t continue to turn a blind eye to the elephants being ridden for hours per day at various trekking camps throughout the island.