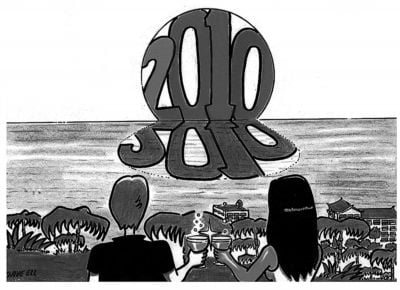 PHUKET: Last week, a family of French tourists were savagely assaulted with a steel shaft at Kata Beach when they attempted to park their rented car for a late afternoon spell of sun and fun on the sand.

The attack occurred in front of the local Municipality Office opposite the Kata Beach Resort, and right next to a police post.

The tourists have identified their attacker from police file photos of known criminals in the Kata/Karon area.

But now the police at Phuket’s Chalong Station say the attacker, a tuk-tuk driver, has gone into hiding.

“He is not at his house and didn’t show up today [December 31] at the tuk-tuk parking area as normal,” Police Investigator Chana Sutthimaat told the Gazette.

The tourists say the December 26 beating occurred because they refused to comply with the attacker’s demand that they not park in the space they were attempting to occupy. Although clearly in the public domain, the suspect had established that particular stretch of road as being under his own private control, a witness said.

Miscommunication and cultural misunderstandings may also have been at work, with the French family speaking little English and almost surely not comprehending the danger they were getting into by ignoring a directive issued by an alleged member of a Phuket transport syndicate.

At least two of the family reportedly suffered injury requiring hospital treatment, one needing a metal rod implanted in his arm to help heal his shattered bone.

The family have asked for anonymity out of fear for their safety.

How badly this latest incident will affect the island’s rapidly decaying credibility as a desirable tourist destination remains to be seen. But there is no doubt that confrontations between taxi drivers and tourists play out all over the island, every day, all year round.

There probably isn’t a single car owner in Phuket – Thai or foreign – who hasn’t at some point been told to move out of a ‘reserved’ area by these transport groups, whose ‘authority’ derives solely from the ruthless intimidation tactics they employ.

As horrific as it is, news of the assault will come as little surprise to readers who have been following the Gazette’s on-line debates on related Phuket taxi issues. Following several recent stories [Dec 12, Dec 20, Dec 22, and Dec 31], hundreds of complaints have poured in to the Gazette from all over the world, many from foreign tourists citing similar experiences and vowing never to return to the island.

It will be interesting to see exactly what line of reasoning the alleged tuk-tuk driver will take in defending himself: ‘Just doing my job’, perhaps, or, ‘We are local people and we need to feed our families’, or ‘He [one of the two male family members] spoke not polite to me’.

But whatever the reason to be given, it won’t be likely to qualify as justification for the attack.

Local residents know that many, if not most, public transport drivers are not registered residents of Phuket. They come to work on the resort island from all over the country.

Chalong Police deserve to be commended if they can, and do, bring the guilty party to justice. However, they and other police districts on the island should brace themselves for many similar cases in the future given the sense of invincibility and lawlessness that prevails in Phuket’s grievous public transport sector.

OPINION: CCTV expansion in Phuket: Is it warranted?

OPINION: Phuket looking ahead to 2010