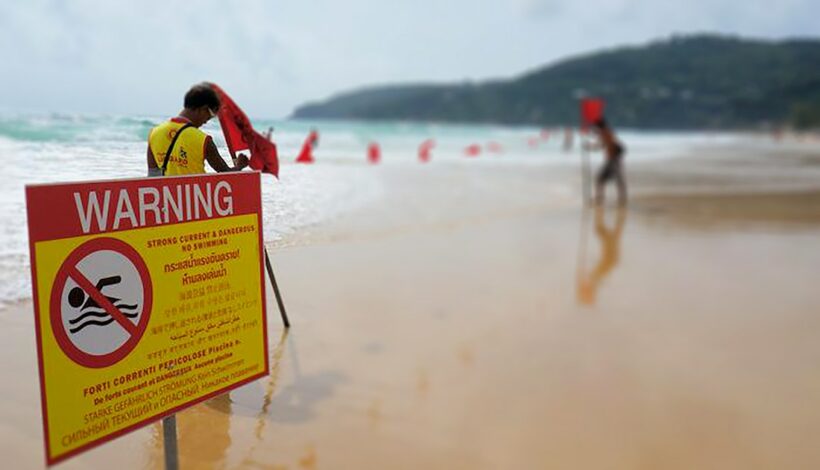 Heading into this year’s monsoon, the issue of safety along Phuket’s west coast comes sharply into focus. The role of lifeguards on our beaches has been pivotel to saving lives and providing a safer environment for foreign swimmers who are not in tune with the wave conditions and rips (many of them can’t even swim!).

The negotiation games played each year between the Provincial Government and lifeguard contractors is at the expense of real lives lost along Phuket’s beaches. In 2016 there were 761 rescues of swimmers getting into difficulty by Phuket lifeguards. The number was down a bit in 2017. But how many of those people saved may have ended up as drowning statistics if qualified, skilled and experienced patrols were not on hand?

A member of Ocean Rescue Lifeguard on Phuket, Daren Jenner, has had enough of the current fiasco where the Provincial Government is handing out paltry sums to the local OrBorTors (who mostly struggle to empty our bins) to handle the lifeguard situation on the beaches under their control.

The Phuket Provincial Government is playing a deadly game that will cost tourists and locals lives, and and also their livelihoods.

The Governor’s plan to turn over what little funds are being provided for critical ocean lifesaving services to the local OrBorTor’s will only perpetuate the current deadly cycle of inexperienced, non-certified lifeguards, low salaries, fragmented service, and lapses in coverage. All of these will contribute to an increase in the already frighteningly high drowning rates in Phuket.

The solution lies in creating a NEW, unified professional lifeguard force for all of Phuket. All over the world, lifeguards work best in teams, and require a rapid source of backup, to prevent drowning effectively. Phuket is no exception. For the last seven years, the current fragmented lifeguard system has failed Phuket’s visitors and locals time and time again. Chinese, Russians, and Thais are the most likely to drown here in Phuket.

A recent audit of Phuket Beach safety conducted by the International Surf Lifesaving Association, produced a grade of “Fail – Unsafe” for 17 of the 18 beaches evaluated.

In addition, under-funded lifeguard contracts awarded for a few months or even a year at a time will never solve this problem. Continuity and time are required to build the professional lifeguard force that Phuket needs. If the tender process is to work on the Island, contracts must last four to five years at a minimum, to provide adequate time for lifeguards to upgrade their skills. Years are also needed to properly plan and construct lifeguard headquarters and other infrastructure needed to operate an effective lifeguard force.

The International Surf Lifesaving Association has put forth a professional lifeguard improvement plan, which has been reviewed and approved not only by the ISLA, but 95% of the former lifeguards, who are experienced, trained, and qualified. I personally handed this plan to the Governor in a meeting on 14 May at the Governor’s house.

The local force of over 220 freshly trained and Internationally Certified Ocean Lifeguards are ready to go to work immediately. Any further delays by Phuket Provincial authorities in getting these lifeguards back to work will cost lives.  The horrifying scenes of drowning and death we have been seeing over the past few months will only worsen, and will play out again and again on social media and the international news, until adequate funding is provided for ocean lifeguards.

There is no more time to wait. Without lifeguards, hundreds of lives will be lost to ocean drowning in the waters surrounding Phuket in the next six months. Emergency funding must be made available immediately, so the existing trained and certified force can start work as ONE team, and avert a humanitarian crisis.

SAVING THE LIFESAVERSPhuket's lifeguards, the ones who protected our coast for many years and now out of work, want to get back to work. They fear we're about to have a very bad monsoon season ahead. Read Daren's open letter to the Governor here…https://thethaiger.com/news/open-letter-phuket-lifeguard-crisis-from-the-international-surf-lifesaving-association 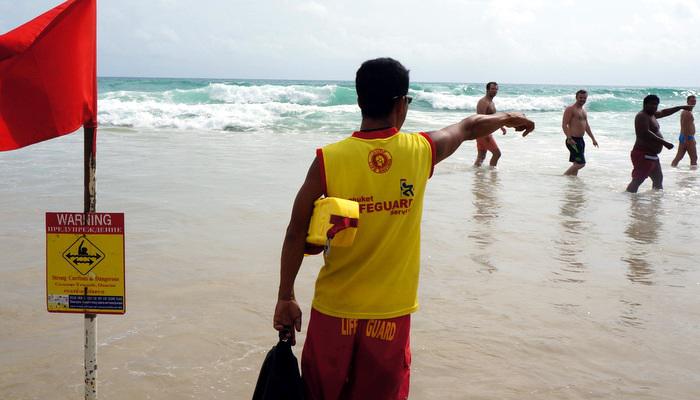