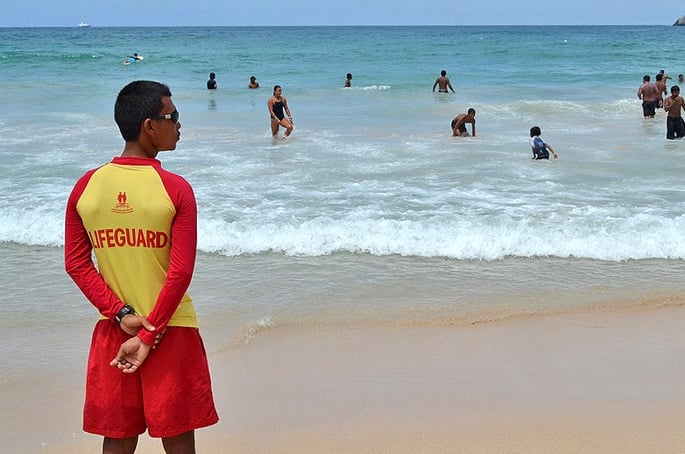 In the first eight months of 2017 there have been 294 rescues recorded around Phuket’s beaches patrolled with surf lifeguards on duty. Of these, 265 have been foreigners and the remainder Thai locals.

The good news is that these numbers are trending a lot lower than 2016. Last year there were 761 rescues recorded in the full 12 months.

In 2016, seven people died from drowning at beaches in Phuket patrolled by lifeguards.

This year, only one person has drowned under the watch of Phuket’s trained lifeguards. 37 year old Scott Townsend from the UK was found drowned at Patong Beach in April.

Phuket’s lifeguards are keen to remind us to always swim between the red and yellow flags in areas patrolled by professional lifeguards. And NEVER swim at beaches where there are only red flags.

And you thought WE had problems with crocodiles!?