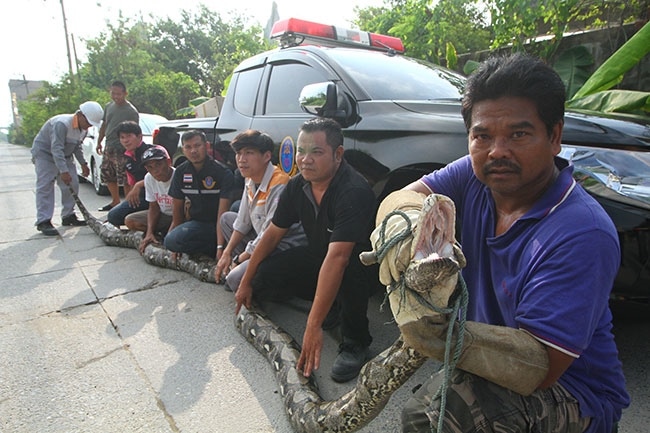 A video posted on YouTube shows Pathum Thani snake catchers round up a seven metre long, almost 100 kilogram, python from near the yard of a PTT gas depot in Khlong Luang district, just north of Bangkok.

Amnat Saengsawang said it was the biggest snake he has captured in 30 years of doing the job.

And the reptile made sure it wouldn’t be forgotten. Amnat was nursing a broken finger after the huge snake took a bite through his glove, reported Manager.

Ten people were pictured holding the snake as pictures recording the event were taken.

Amnat said the python would be released into the wild in the Khao Yai area.