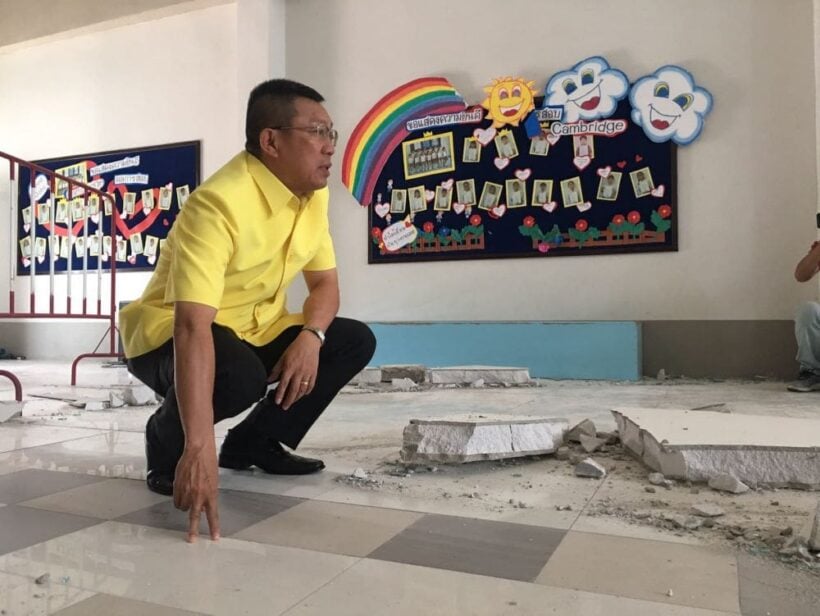 During yesterday’s summer storm around 4pm, three pre-school children were waiting for their parents with teachers at an open atrium in the three-storey building. A section from the top of the concrete wall suddenly fell on them from an 8 metre height, killing a 4 year old instantly and injuring two pupils and two adults, including the deceased girl’s father.

An inspection of the cordoned off area, still littered with debris from the collapse, found the building’s construction had deviated from the approved plan, said Somsak.

“The part where the concrete wall and ceiling fell down should have been a solid wall according to the plan, but was installed with glass windows,” he said citing that a team from the Public Works and Town and Country Planning Office would later conduct a detailed inspection of the building.

Thanyawalai Panna, who had obtained the licence for the school, apologised on behalf of the school for the tragedy and said she was saddened by what had happened. She said the school would take responsibility for the affected families of the deceased and the wounded.

However, she insisted that the school building’s construction was according to the original plan.

Police would obtain the plan from Tambon Ban Ped Municipality to compare with the school building owner’s plan to see if there were any discrepancies, he said.

Construction of the building began in 2013 and was completed the following year and opened for operations. There were 40 teachers and staff and nearly 400 students from pre-school level to Prathom 4. 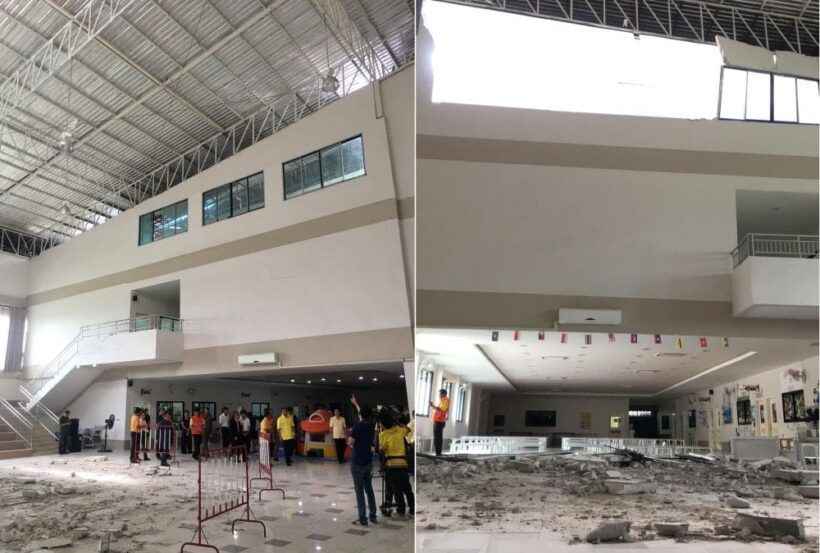 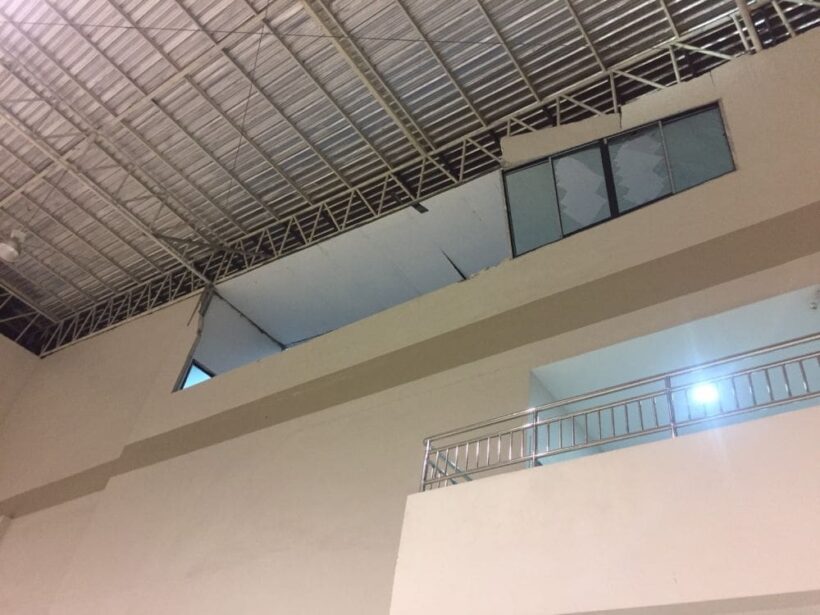 Surin man first to die of Rabies in 2019