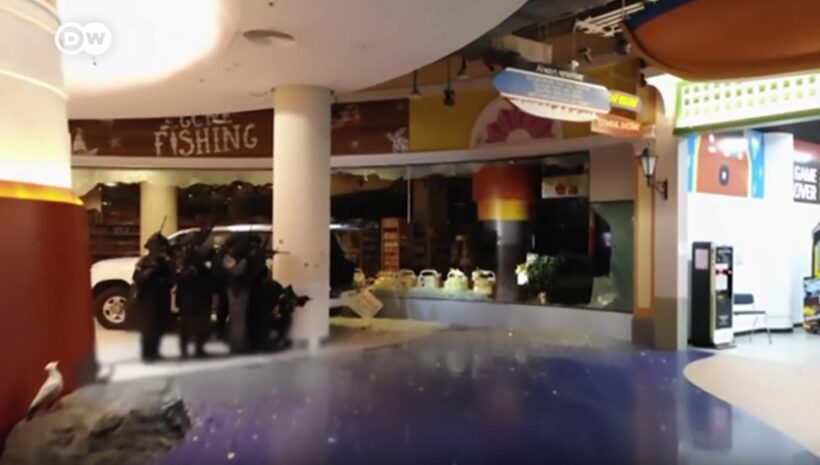 A story from Germany’s Deutsche Welle news agency today reveals how tactical police were able to use a drone to trackdown the 32 year old gunman to a storage room at the back of a supermarket (scroll through to 1.30 in the YouTube story below to watch the drone footage). Although no one else appears to have reported this aspect of the search inside the mall, Deutche Welle does have staff based in Thailand and had a reporter in Nakhon Ratchasima on Sunday.

“Using his flying camera he led police to the storage unit where the gunman lay waiting.”

“He turns the lights off when the drone nears.”

“Police pounced, shooting the lone soldier, and ending the massacre.”

Meanwhile Sky News in the UK broadcast alleged footage of the final shootout between police and the gunman.