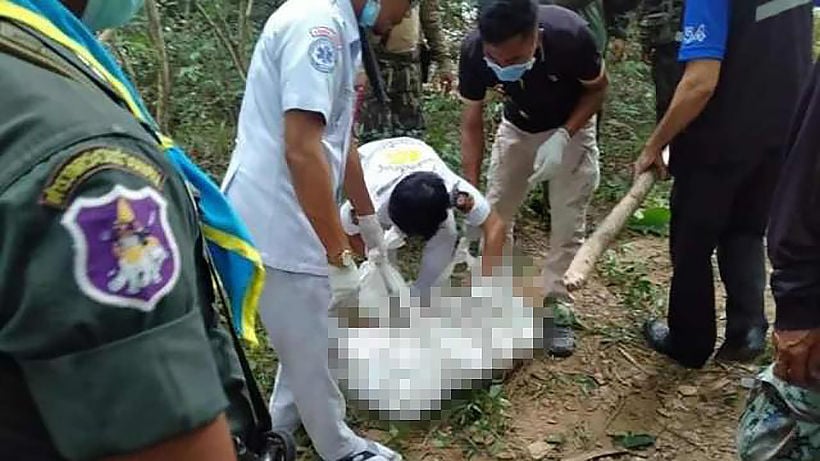 Police in Isaan’s Surin province announced today that a woman there was killed when she stepped on a landmine while foraging for mushrooms in the forest close the Cambodian border.

A duty officer at Buachet Police Station said 44 year old Sumilta Saleeme was killed by the blast yesterday morning. She was one of 9 people who went into the forest in the Charat subdistrict, but fortunately no one else was injured in the incident.

“This area was once a war zone and mines were laid. Authorities haven’t defused them all at the moment. If anyone wants to pick wild mushrooms, they should do it in forests near the cities, as they are safer.”

1 of the foragers says the victim went off the trail on her own, and later a loud explosion was heard. It was reportedly Sumilta’s first time foraging for mushrooms in the forest.

Police said they have yet to identify the type or make of the mine and have to wait for experts to inspect the scene. Police believe it was an anti-tank mine, given the size of the blast pit.

Millions of landmines were laid along the Thai/Cambodian border during the Cold War years. A survey conducted by the army’s Thailand Mine Action Center found as many as 4,000 people have been killed or injured by those landmines.

Chief of Defence Forces Pornpipat Benyasri has pledged to demine the whole country by 2023 to show the Thailand’s  commitment to the 1997 Ottawa Treaty, which bans the use of anti-personnel mines.