A man in Kalasin was seriously wounded with a gunshot to the head early this morning. Kalisan is in the north-east of Thailand.

Daily News reports that the man’s wife says she was ‘furious’ after her husband refused to explain a mystery phone call during a romantic Valentine’s Day dinner.

Somdej police arrived at the two storey house after the local Asoke Foundation had been called by the wife, named as 44 year old Mayura.

When they arrived they found her shaking beside the bloodied and prostrate body of her husband 45 year old Dr Ratthasat who had been shot in the right cheek of his face. He was still alive and was rushed to hospital.

On the floor was a gun. Clothes were scattered all around the room.

The wife claims the 9mm gun went off by accident as the couple fought over clothes when she ordered him out of the their home.

The wife is a businesswoman in Kalasin selling fermented fish and her husband has a degree and is a prominent figure in Kalasin educational circles.

Pol Col Thaweesak Raksasin of the Somdej police says that the woman had told him that the couple had been out to dinner when her husband received a call on his smartphone. She asked who it was from and he was evasive.

When they returned home the couple began arguing again and she ordered her husband to pack up his clothes and get out of the house. The wife said that the couple were grabbing and wresting over clothes when her husband’s gun in the pocket of a garment went off resulting in her husband being shot in the head.

She has been charged with attempted murder, a charge that could be upgraded depending on the condition of her husband who remains is serious condition in hospital.

Daily News reports that the couple have two children – the eldest is a boy and the youngest a girl. 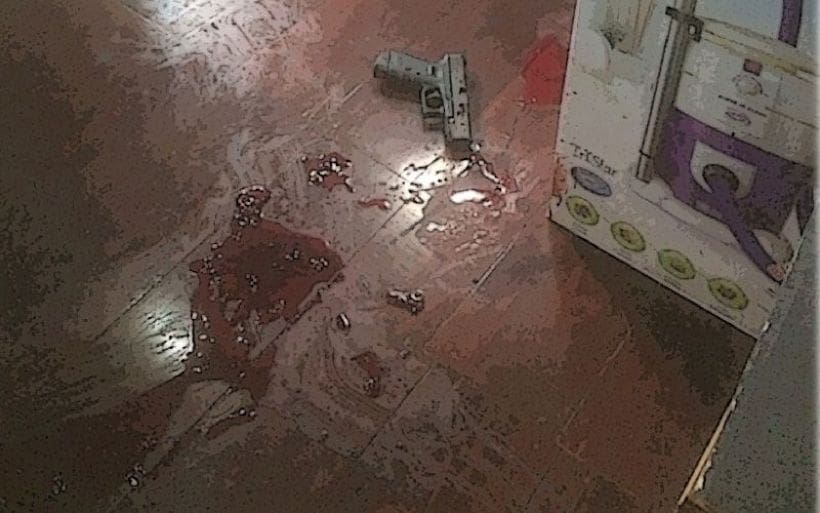