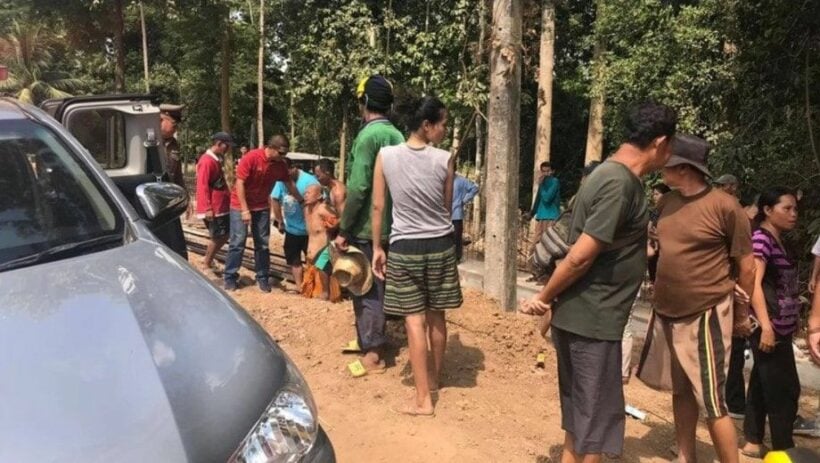 Relatives of the monk behind a car crash that killed 1 person in the north-eastern province of Roi Et say he has been suffering with mental health problems. The monk crashed his car into a power pole at the weekend, killing his male passenger, 82 year old Noi Chuenchom, and causing serious injury to a 36 year old female passenger, named as Onphan Kaew-amphai.

Nation Thailand reports that the monk’s white Honda sedan then hit a red Toyota Yaris before driving off. However, when the Toyota went after him, the monk stopped his car and punched the driver. While witnesses report that he appeared to be drunk, tests did not show any alcohol in his system.

The monk has been named as Ramkit Titma and he is now in police custody awaiting evaluation by health professionals. His family have contacted officials to explain that their relative suffers with mental health problems that they say make him unable to control his actions. He has been charged with negligent driving resulting in death and leaving the scene of a crime.