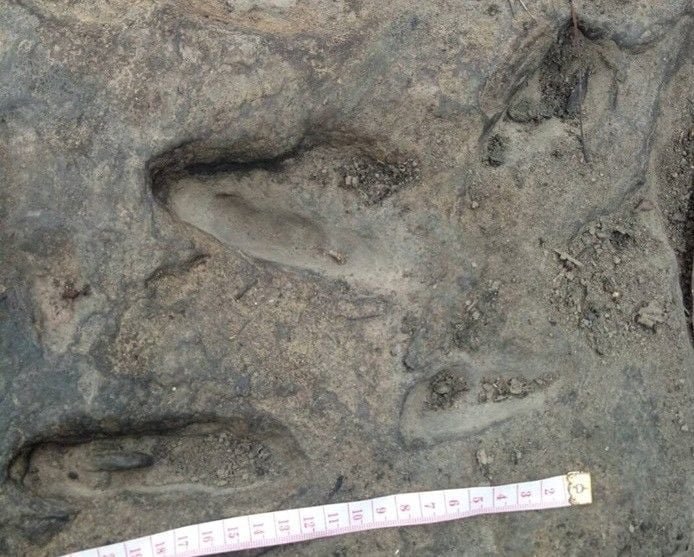 Footprints from a dinosaur that inhabited north-eastern Thailand 140 million years ago, have been discovered in the north-east.

About a dozen of the footprints are thought to be from a Theropod dinosaur which existed on Earth during the Cretaceous period which stretched from 146 to 65 million years ago.

Thai PBS reports that they were found embedded in stone in the Phu Pha Lek national park in Kud Bak district of Thailand’s northeastern province of Sakhon Nakhon.

Park chief, Mr. Rangsan Laopa, says the dinosaur footprints were located during a field survey of an area south of Phu Tarn Luang monastery, in Ban Kud Haet in Mud Bak district, by a team of geological experts and local officials from the district office earlier this week.

The footprints were found in two locations embedded in sandstone. The team took pictures of the footprints for closer examination to make sure that they belong to the carnivorous Theropod.

There were many varieties of Theropod, which ranged in size from a chicken to an elephant and all of them were carnivorous. This also included the velociraptor which was made famous in the Jurassic Park movies.

Fossil expert, Dr. Waravuth Sutheethorn, sys that the find is significant because, previously, similar footprints were found in Kalasin, another north-eastern province. 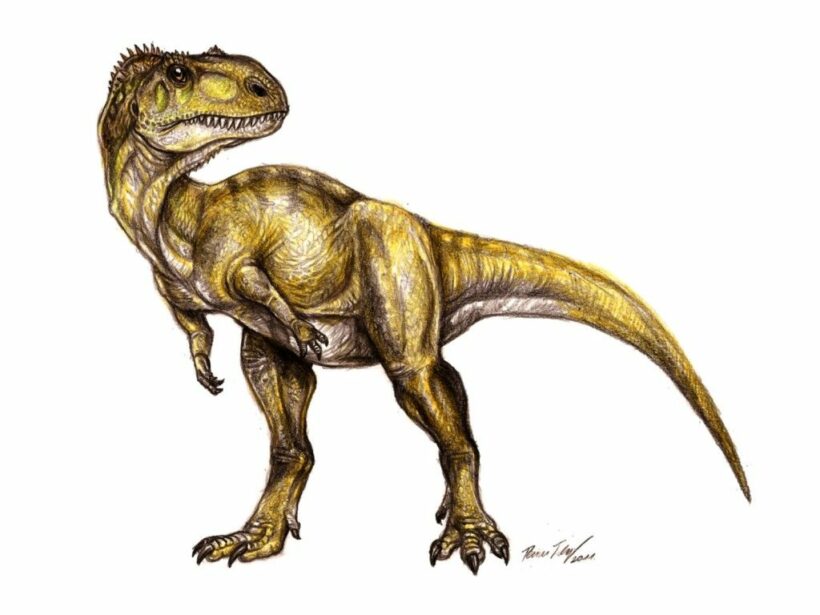