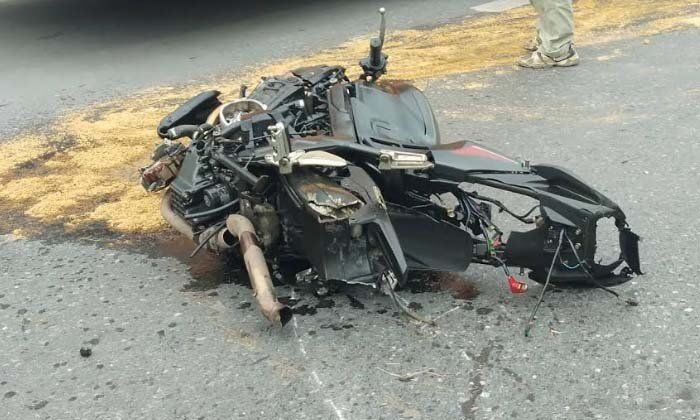 A motorbike rider has died following an incident near the Rama 5 road bridge in Nonthaburi yesterday. The Honda CBR 650 was unrecognisable following the crash, both wheels had been ripped off in the collision.

An orange bike helmet was on the road nearby. The head of the rider was found some distance away. The torso of the rider was also badly injured. The deceased rider was identified as 18 year old Athiphak from Lam Lukka, Pathum Thani.

Witnesses told police that he had just exited the bridge heading towards Bang Sri Muang when he lost control, catapulted off the bike and hit a road sign.