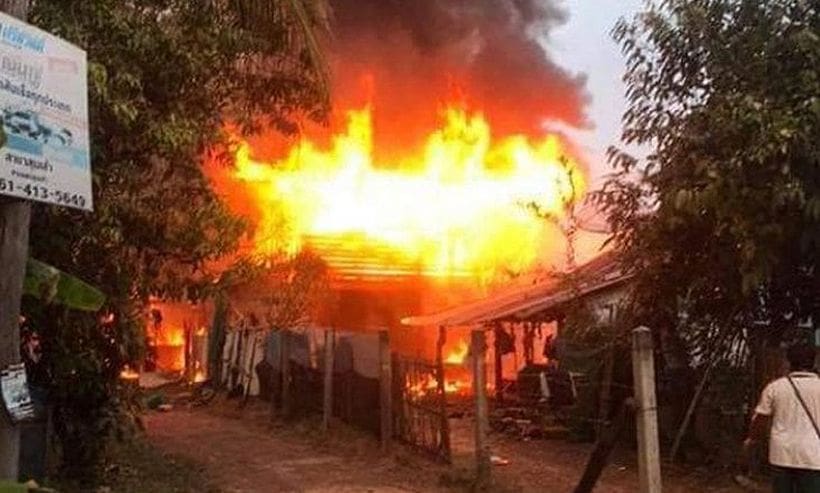 A 96 year old, bedridden woman has died in a locked room at her house in Udon Thani’s Phen district on this morning. Fire swiftly and completely engulfed the building according to neighbours.

The fire spread from the home of Phan Manee and also damaged a neighbour’s house. Fire-fighters spent about an hour extinguishing the blaze before Phan’s body could be recovered.

Her daughter Saeng Manee and son-in-law Boonseng Chaokla were not at home at the time.

Neighbour Joi Janthana, whose house was also damaged, said he heard an explosion from the direction of Phan’s house and saw the flames.

He ran to attempt a rescue but found her ground-floor bedroom locked. He shouted for help but the fire spread too quickly.

Police suspect a short circuit among ageing power cables could have sparked the fire.

Man thought he could now sell marijuana legally. Aah, no!