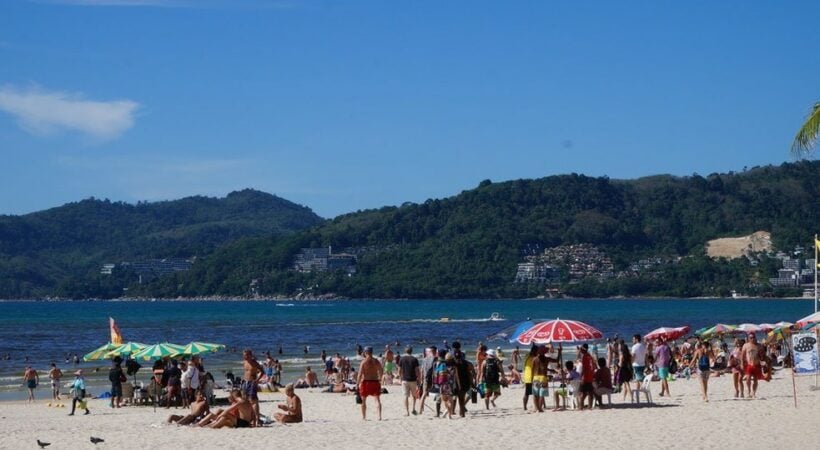 Patong City Council has designated 20 smoking areas along Patong Beach to comply with the smoking-ban-on-the-beach policy of the Marine and Coastal Resources Department (MCRD).

The Patong City Administration Organisation opened the smoking areas in order to encourage people not to smoke and drop cigarette butts on the beach, and instead support the department’s new policy.

Patong Beach is among the first 24 beaches where the new smoking ban is being introduced around the country through to next February, as the MCRD applies the Marine and Coastal Resources Management Act to enforce the ban.

Violate the ban and you could face punishment of a maximum of one year in jail and/or a fine of up to 100,000 baht.

Patong Mayor Chalermluck Kebab says her authority had designated the smoking areas along Patong Beach in order to reduce the amount of littered cigarette butts on the beach, prevent disruption to those who don’t smoke and encourage the public to follow the smoking ban on the beach.

All 20 smoking areas are installed with clear signage informing people that they are designated areas where they are allowed to light up.

From the first day’s inspections Mayor Chalermluck says that most locals and tourists were co-operating and smoked only in the designated areas.

However, it is noticeable that there was still a sizable distance between each smoking area and there were still no signs to explain the rule about not smoking on the beach.

“In order to support the policy of a smoking ban on the beach the local authorities are also working with MCRD officers to inform local businesses and tourists about this policy,” the mayor said.

“We’re also going to be distributing leaflets in multiple languages informing about the smoking ban and smoking areas and at the hotels as well,” she added.