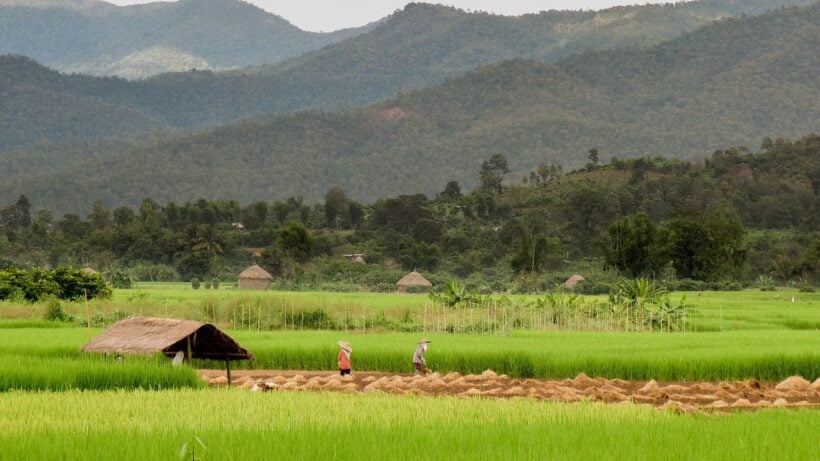 A verdict on the use of herbicides and pesticides paraquat, glyphosate and chlorpyrifos has been handed down following a long debate between farmers, officials and environmentalists. This, despite opposition groups pointing out connections between some of the Committee members making the decision and the Agri-chemical companies.

The use of the controversial farming chemicals will continue to be allowed, but with tighter regulations and controls Somboon Yindeeyoungyuen, Industry Ministry deputy permanent secretary and chairman of the Hazardous Substance Committee that made the decision yesterday, says three main agro-chemicals will not be banned despite demands from various quarters.

But he says the Agriculture Department will have to come up with control regulations within two months. Somboon said 18 out of the committee’s 24 members approved the continued use of herbicides paraquat and glyphosate, and pesticide chlorpyrifos, but with more restrictions and safety regulations.

The committee members decided not to ban the three farm chemicals, as their impacts on health were still debatable and the arguments were not strong enough to warrant a ban.

He also said the alternatives to these three chemicals were not effective.

“The Agriculture Department will have to draft measures to control the use of paraquat, glyphosate and chlorpyrifos and place it before the Hazardous Substance Committee within the next two months,” he said.

“After the committee approves these control measures, they will be announced and enforced nationwide. The Agriculture Department will be the regulatory agency and have the responsibility of controlling the import, distribution and management of these chemicals.” 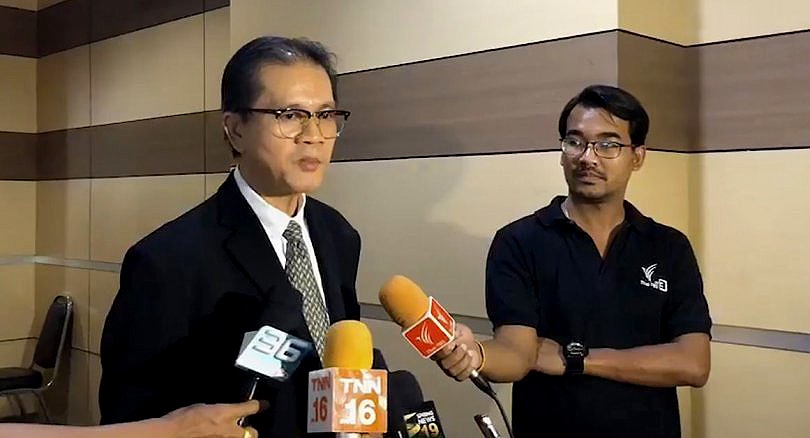 Somboon revealed that the criteria for the restrictions would be on where these chemicals could be used, the amount of import and distribution, the amount of use and management, and the qualifications of the users.

“The restrictions are intended to promote safe use of these chemicals, as it was clear that many people were harmed by these farm chemicals because of improper and careless use,” he said.

Even though paraquat, glyphosate and chlorpyrifos have not been banned, Somboon pointed out that the committee had also ordered the Agriculture Department to gather evidence of their impact on people’s health. If the evidence shows these chemicals to be really harmful, the committee can decide to ban them in the future.

Jiraporn Limpananon, a committee member from a consumer protection agency, revealed that despite her reminder that according to the law, committee members with conflict of interest on this issue have no right to vote, there was no reaction from the meeting and none of the committee members abstained.

“I presented scientific proof of the clear health threats from these chemicals to the meeting, which came from studies by 14 leading academic institutes of the country. I suggested that we ban these chemicals within two years, but as I am a minority in the committee I can only present one side of the information,” Jiraporn said.

Meanwhile, Manas Puttirat, head of the Oil Palm Farmer Union, said he was pleased by the committee’s decision not to ban paraquat, glyphosate and chlorpyrifos, as the farmers were very dependent on these chemicals. However, Manas expressed concern about the control measures, as the extent of the restrictions was not clear.

“We are ready to comply with the new regulations on the use of chemicals, if the terms of these regulations are acceptable and do not cause too much burden to the farmers,” he said.

369 organisations released a statement denouncing the Hazardous Substance Committee’s decision and threatened to demonstrate in front of Government House and boycott companies linked to these agro-chemicals. The statement said that the public sector was disappointed by the decision, despite clear scientific evidence of health threats from these chemicals.

They highlighted that some of the committee members have connections with the chemical companies, so their vote could be seen as a conflict of interest and violating the law.

“This conclusion reflected the improper structure of the Hazardous Substance Committee, as the committee is used to protect the interests of the agro-chemicals companies instead of the general public,”

Prokchon Usap, coordinator of Thailand Pesticide Alert Network, said, “we do not believe the Agriculture Department can really restrict the use of these harmful chemicals and we would like to urge the PM to order a review of this biased conclusion.”