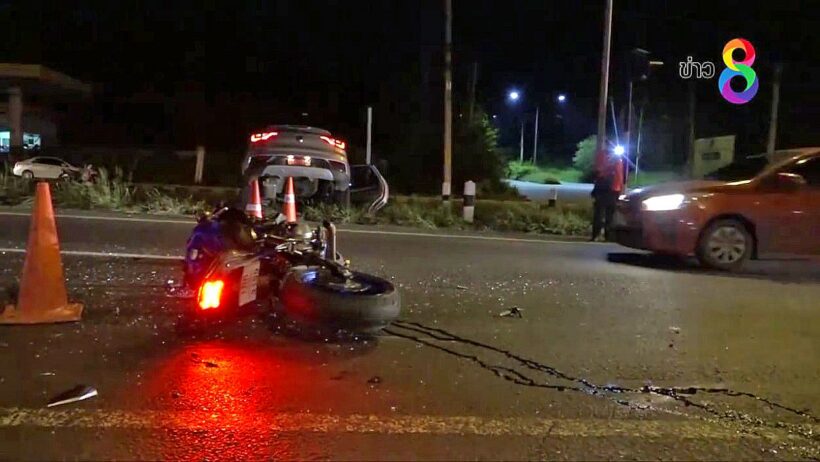 From the sketchy news we’ve received it appears there was a military officer and his wife on one bike, both now dead. A 19 year old student, driving a Mazda SUV, is injured but has survived the crash. Early reports suggest the bike and the car were travelling up to 160 kph. The video is from Channel 8 News. The link with the video from PattayaOne.news.

The accident happened in Korat, Nakhon Ratchasima, not-east of Bangkok.