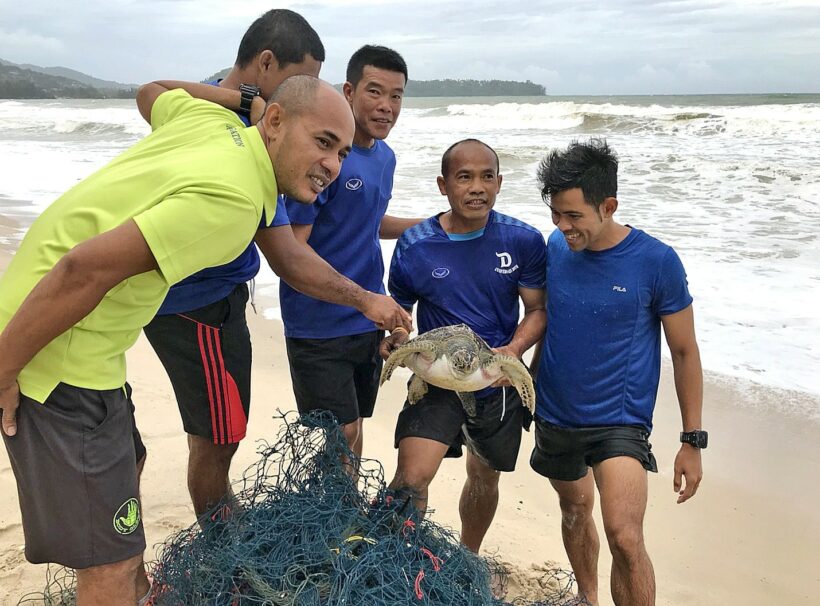 A green turtle and two hawksbill sea turtles have been found on Laypang, Kata and Kamala Beaches yesterday (June 9).

Officials at the Phuket Marine Endangered Species Unit were notified by a staff member of a hotel in Cherng Talay that a turtle had been washed up on to Laypang Beach entangled in a fishing net. Hotel staff members were quick on hand in helping to free the turtle from the fishing net.

Officials say the green turtle is 5-7 years of age, weighed 7.4 kilograms and 41cm across the shell. Scratches were found on its shrll and flippers. The turtle is still strong but needed to be treated at the centre.

Another turtle was found stuck entangled with a fishing net at Kata Beach. Local residents were helping to free the turtle from the net when marine officials arrived to help and provide some advice and veterinary care.

Officials say this hawksbill sea turtle is 2-5 years of age, weighs 2.6 kilograms and 30cm across the shell. Its flippers were swollen from its ordeal. Veterinarians have provided injections and medication to prevent an infection and will keep in under watch until it recovers for later release.

On the same day Kamala rescue workers were notified that a turtle has been washed up on Kamala Beach near the Kamala Police Station. Officials say that hawksbill sea turtle was 3-5 year old. 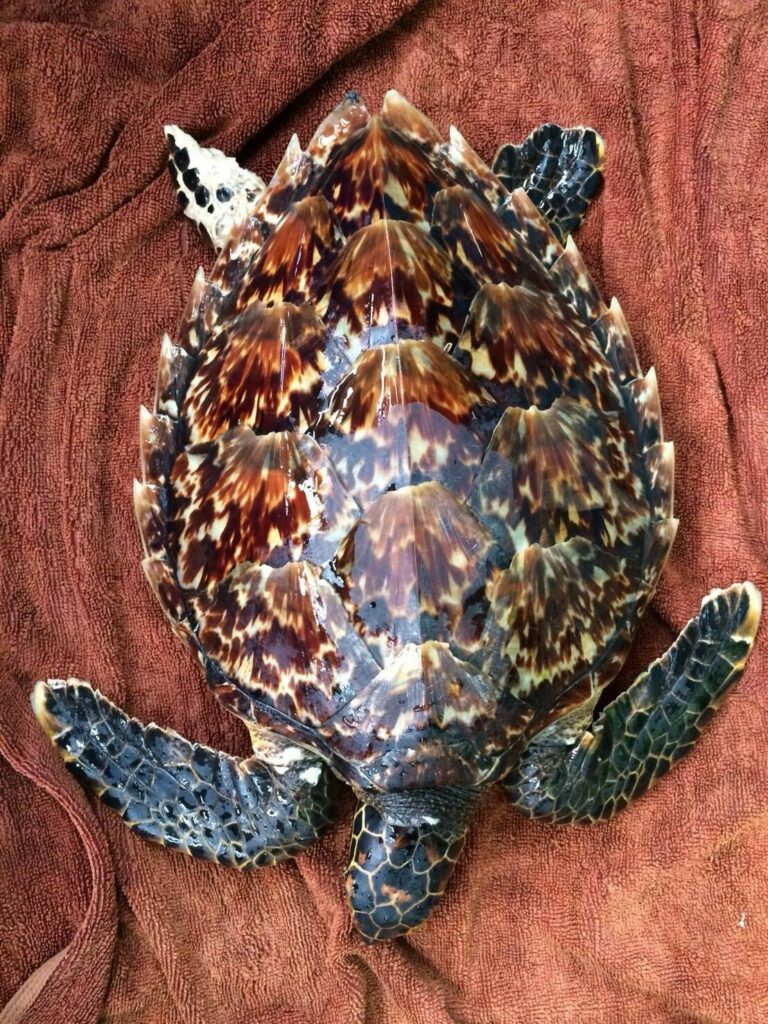 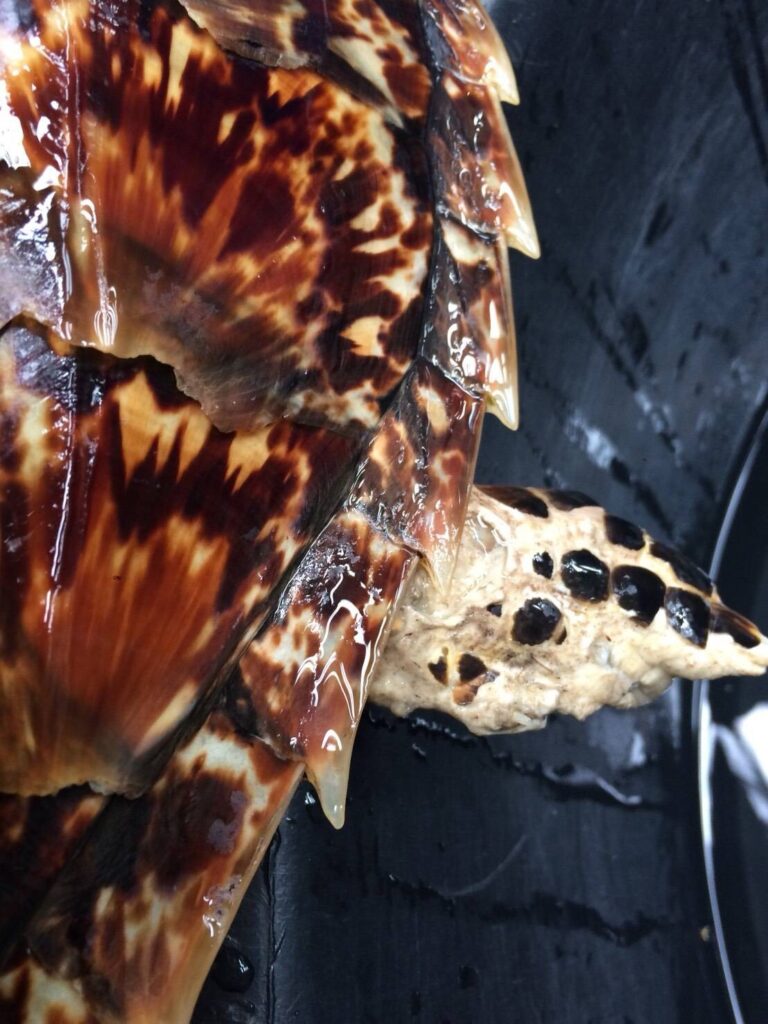