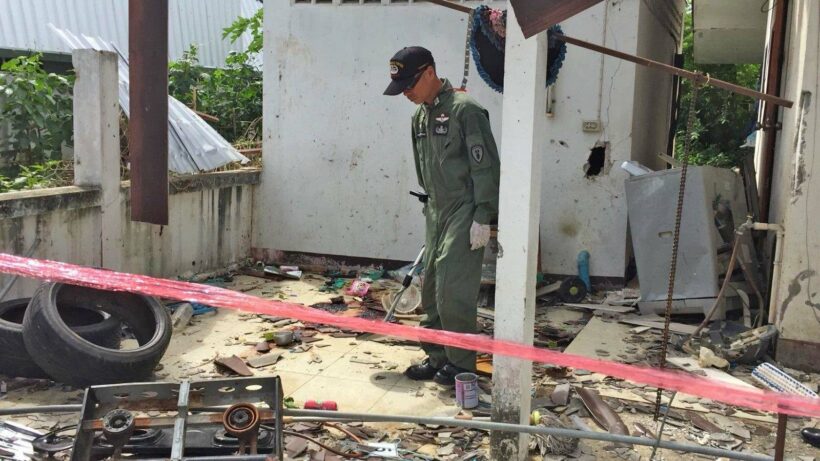 A faulty gas tank has exploded in the home of a man in Saraphi, south-west of Chiang Mai’s city centre, killing him instantly. The explosion also destroyed half the man’s home. This incident happened over the weekend.

Police rushed to the scene at a house in Nong Pheung, Saraphi. Police entered the home and discovered a man who had been severely mutilated by the explosion. He was declared dead at the scene.

The man who was killed in the blast was identified as 31 year old Warapong Rattanakoon, the sole resident of the house. The explosion was so strong that it destroyed half his house and also caused minor damage to several houses nearby.

The bomb disposal team investigated the explosion to check it was not from something more sinister after police reportedly found electronics and computer hardware that filled every room of the house, with ‘barely any space to sleep.’

Chiang Rai: King expresses concern over the safety of the trapped team