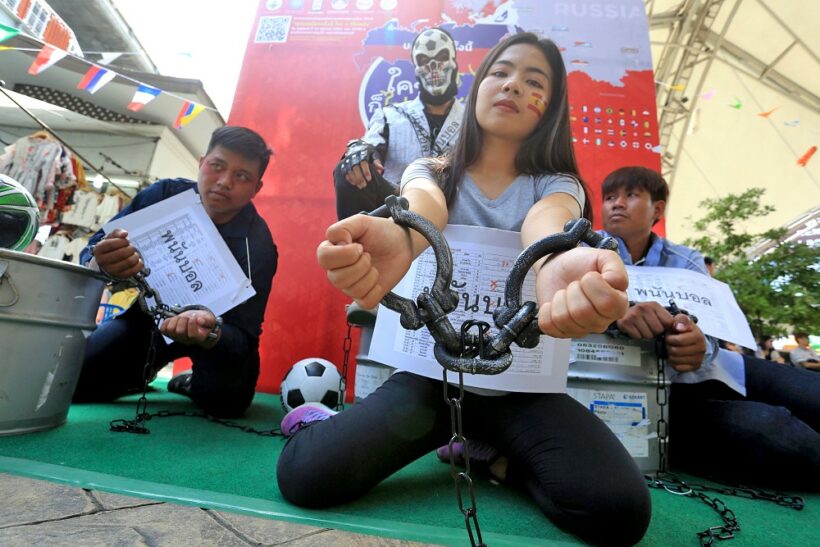 In the hours leading up to the kick of the 2018 Fifa World Cup, advocates against young people gambling on the football were parading in downtown Bangkok.

A 2017 survey found that 2.4 million Thais engaged in football gambling valued at a reported 140 billion (yes BILLION) baht. The survey also says that 82.6 per cent of secondary student punters said they started getting the gambling bug when betting on football at an early age.

It is expected that over 10 per cent of Thai youth will place bets on football matches for this year’s month of games in Russia, according to Thai Health Promotion Foundation’s Wichet Pichairat.

Wichet spoke as he joined with other activists, the Defence Ministry, the Royal Thai Police and 100 youth in a campaign dubbed “None will gamble on matches in this World Cup” at the Victory Monument area.

The campaign also involves students from 10 universities producing four short films with anti-gambling content to air online and a roadshow to 100 secondary schools around the country. 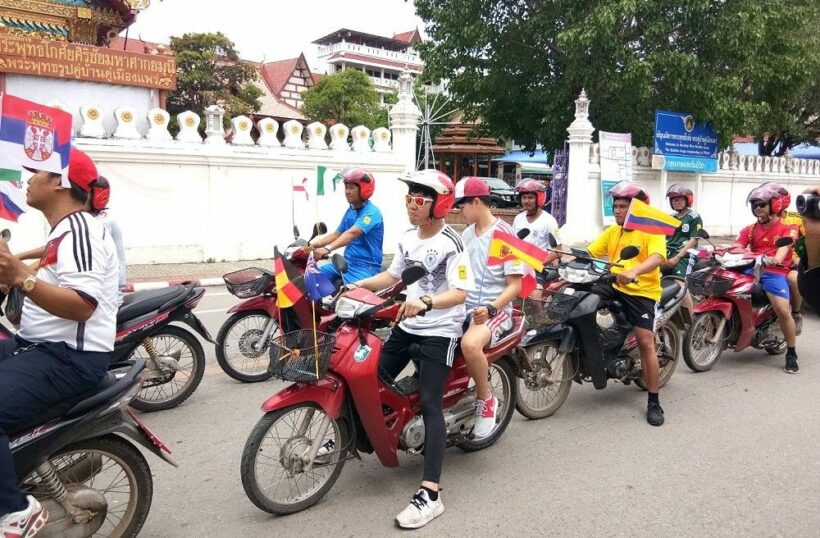 Wichet also cited research on gambling by youths during the 2016 UEFA European Football Championships, which found that 16.8 per cent of surveyed youths engaged in football betting. Some 10 per cent of this group initially had no intention to gamble but joined in under peer pressure or were induced by the hyper-emotional football atmosphere.

About 40 per cent of those youth gamblers admitted to facing subsequent problems, such as declining academic performance, stress from having a gambling debt which they had no idea how to repay, and being cheated, he said.

Meanwhile, deputy National Police Chief Pol General Chalermkiat Srivorakan yesterday affirmed that police would continue to crack down on football gambling, including online gambling. He warned that youths caught gambling may face a maximum three-month jail term, a maximum 30,000 baht fine, or both while their parents would also be charged. 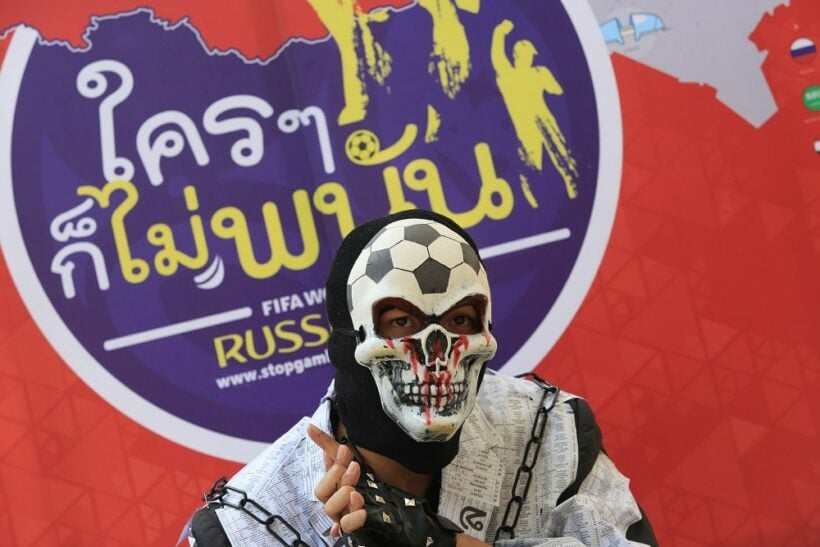