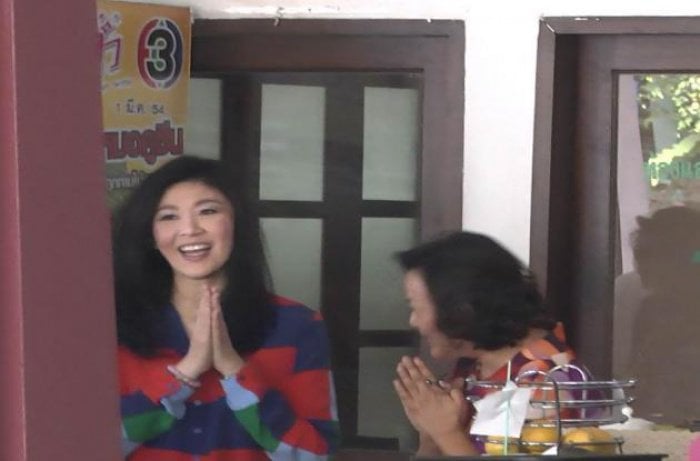 PHUKET: The legal team of former prime minister Yingluck Shinawatra has urged the Office of the Attorney-General to review its decision to pursue a corruption case against her, arguing that there is insufficient evidence as the investigation is still incomplete.

Norawit said this was the sixth time that Yingluck’s legal team had submitted such a request. But he denied that the repeated move was an attempt to “buy time”.

The lawyer also said that even Deputy Attorney-General Vudhibhongse Vibulyawongse, who headed a working group jointly investigating the case with a team from the National Anti-Corruption Commission (NACC), had admitted some points in the case were incomplete. He added that prosecutors had concluded there was no evidence to prove the corruption allegations against Yingluck.

Norawit said Yingluck’s lawyers agreed that there was no need for her to report herself to public prosecutors on February 19 when the case is scheduled to be filed with the Supreme Court’s Criminal Division for Holders of Political Positions.

He said the lawyers had not yet asked Yingluck if she wanted to meet the prosecutors on that day, adding that she was now in the northern city of Chiang Mai. The case stems from the Yingluck government’s controversial rice-pledging scheme.

Kitinun said yesterday that public prosecutors would certainly file a complaint with the Supreme Court on February 19 even if Yingluck does not show up for a meeting with the prosecutors.

Yingluck was spotted at a restaurant in downtown Chiang Mai yesterday having lunch with a small group of friends. She declined to comment, only smiling and excusing herself when approached by reporters.

Prime Minister General Prayut Chan-o-cha said yesterday that his government was becoming preoccupied with Yingluck although it was supposed to focus more on tackling the country’s problems.

He admitted that his administration was “slightly annoyed” by different political issues but evaded the question as to whether issues pertaining to Yingluck had caused the government to “lose concentration”.

“Her case is in the justice process. I want things to settle down. Khun Yingluck may eat noodles anywhere she likes. But she can’t do that freely if she is prohibited from doing so,” Prayut said.

The prime minister said the government had responded to calls by the United States as to what should be done to return democracy to Thailand. “It’s a matter for the Americans if they understand or not. I don’t want to bicker with them,” he said, adding that the “road map” set after he seized power from the elected government was still being followed.

Prayut, who also heads the National Council for Peace and Order, said that to prevent a resurgence of the political conflict after the next general election, the conflicting parties might be made to sign an agreement that they would not provoke conflicts again.

He said the military would intervene again by staging yet another coup if a severe conflict occurs in the country. However, he himself would not get involved, as he would “pass on the baton” to a new administration after the election. “I hope everyone has learned some lessons from the incidents in the past. But if they still want to stay with conflicts, let them. I give up,” he told reporters.

Meanwhile, the US consul-general in Chiang Mai, Michael Heath, yesterday rejected a rumour that Yingluck had applied for asylum at his consulate. He said he had no information regarding this matter.