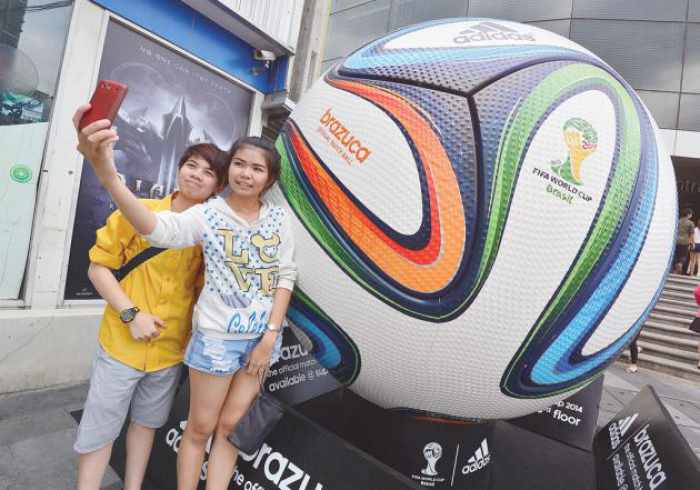 PHUKET: All 22 million households in the country might face a blackout of the 64 live matches of the World Cup football tournament if the Supreme Administrative Court today rules in favour of the National Broadcasting and Telecommunications Commission (NBTC), RS said during the hearing in the court yesterday.

Supan Sueharn, a lawyer for RS, argued that RS International Broadcasting and Sport Management, the holder of the broadcasting rights for the quadrennial football tournament, had got an approval from the sport’s governing body, Fifa, to broadcast only 22 live matches via free-TV Channel 7.

In addition, the company had already prepared its business plan to broadcast all 64 live matches via its pay-TV service on “World Cup” channel, which will be broadcast via RS’ Sunbox, PSI HD box and the TrueVisions platform. The company has also secured big title sponsors for the broadcast of the tournament.

Supan argued that if the court ordered the company to broadcast all 64 live matches via free TV, the company would face difficulties in terms of its business and might also breach its contract with Fifa. Meanwhile, the company must seek more airtime slots in other free TV channels for screening the remaining live matches, which would mean new investments.

“Faced with these difficulties, the company might decide not to broadcast all live matches of the World Cup, which kicks off Friday, to prevent further damage to its business,” Supan added.

‘Live telecast for all Thais’

However, Natee Sukonrat, chairman of the NBTC’s broadcasting committee, insisted in his testimony that all Thais must have a chance to watch all matches of the World Cup Final live, like they used to in the past.

Natee pointed out that since 1970, all Thais had enjoyed watching live broadcast of all matches of the World Cup. Even during the 2010 World Cup, whose broadcast rights were also held by RS, 22 million households were able to watch live matches via free TV.

A judge at the court suggested that national interest should come first. Therefore, all Thais should be able to watch all 64 live matches of the World Cup final.

However, today the Supreme Administrative Court, which consists of five judges, will rule in the case after the NBTC appealed against the lower court’s ruling suspending the NBTC’s “must have” rule in the case of the 2014 World Cup matches.

The Central Administrative Court did not shoot down the “must-have” rule altogether, but said it could not be applied retroactively against RS’ plan to allow the telecast of only 22 of the 64 World Cup matches on free TV, as RS International Broadcasting and Sport Management had secured the sole broadcast rights before the rule took effect. RS secured the World Cup broadcasting rights on September 12, 2005, while the “must have” rule took effect in January last year.

Last April, RS petitioned the Central Administrative Court to issue an injunction against the rule on the grounds that RS International had secured the World Cup broadcasting rights for Thailand before the rule was enforced.