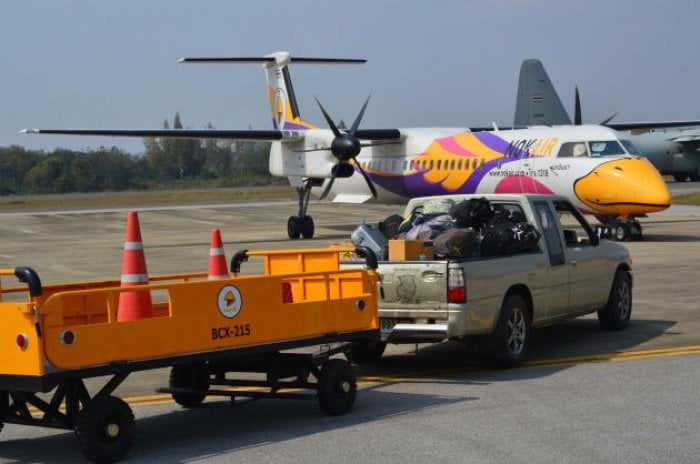 At 10.55am, Nok Air – the sister airline of Thai Airways International – halted the take-off of flight DD8819 from Nan Airport in the North to Don Mueang International Airport when a staff member found a rear door could not be closed.

All 85 passengers, including many premium passengers and 40 news reporters, had to leave the aircraft and wait at Nan Airport while airline maintenance staff undertook repair work.

Nok Air’s chief executive officer, Patee Sarasin, said the problem caused a delay of several hours to the service. The airline summoned another aircraft from Bangkok to carry the passengers, who landed at Don Mueang airport at 3.55pm.

Meanwhile, Thai PBS had earlier reported that the Department of Civil Aviation had raised the possibility of the country’s air safety standards being downgraded by the International Civil Aviation Organisation (ICAO) after Thailand failed to resolve issues of concern.

The TV channel reported that Piputvat, director-general of the department, said it was in the process of following recommendations from the ICAO. He said the ICAO had voiced concern about organisation structure, insufficient aviation personnel and low remuneration for staff.

He said ICAO was set to release a private report to Thailand and officials would have 15 days to respond. The agency then would acknowledge the proposed solutions and, if Thailand failed to resolve them, the ICAO would publish the matter on its website at the end of May.

Somchai said the ICAO had no direct authority to ban Thai carriers from foreign airspace.

He said the ICAO had raised the same issues in 2011 but acknowledged they could not be resolved speedily due to the bureaucratic system.

He said the ICAO might have reservations about air-safety standards in Thailand, but insisted his department had imposed high levels of aviation certification. He confirmed all licensed carriers met the department’s safety standards.