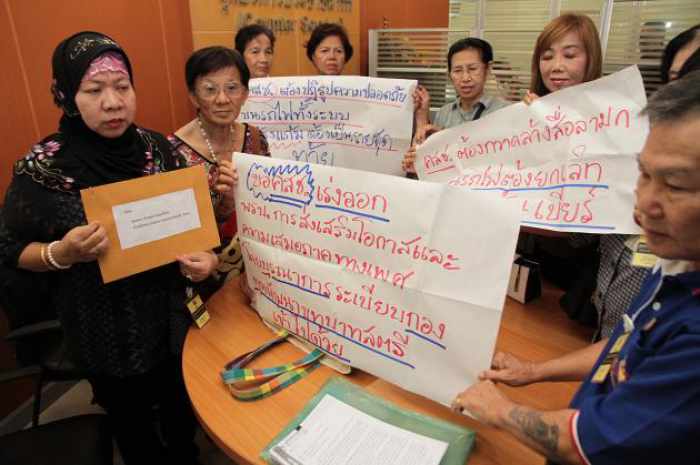 PHUKET: A Thai woman lost her bright career, her optimism and her ability to continue living in Thailand after a State Railway of Thailand (SRT) employee raped her on a train 13 years ago.

The case made big news in 2001, but sadly it was insufficient to nudge relevant authorities into ensuring the safety of all passengers on SRT trains.

On July 6 this year, another SRT employee raped and killed a 13-year-old girl while she was travelling on a Bangkok-bound train.

The girl’s tragic fate has made headlines not just in Thailand, but also beyond.

When the older victim read the report in Greece, where she now lives, she collapsed in distress. After regaining consciousness, she began to write an open letter that was finally sent to Thai media.

“Why did it happen again?” she asked.

Her letter was addressed to the chief of the National Council for Peace and Order and to the SRT.

She decided to speak up after having stayed silent for so long. To date, the SRT has not paid her any compensation for the ordeal she suffered while riding on one of its trains 13 years ago.

Haunted by the trauma, the victim decided to leave Thailand and try to start a new life in Greece.

However, the devastating effects of the sexual attack continue to hurt her, no matter where she now is physically.

“I am now a living-dead,” she lamented.

In her letter, she disclosed that she had suffered every single day throughout the past 13 years.

She said that following the rape, she needed years-long psychiatric treatment, due to nightmares, fear of people, and insomnia.

“Years-long dependence on drugs has affected my physical health. My hands now shake,” she added.

She recounted how the rape had caused her humiliation and shattered her bright career.

“That train trip was a work trip. The company felt uncomfortable [about what happened] and in the end I was pressured to quit my job,” she said.

Her attacker was sentenced to nine years in jail, and her compensation lawsuit is now pending in the Supreme Court, as the SRT appealed against a lower court’s verdict that had ruled in her favour.

However, this victim has decided to write an open letter now not because she wants to press her case.

“In typing this letter, I am trying to communicate with Thais. Isn’t it time for us to start doing something to ensure that Thai society is safer?” she said.

She also said she hoped harsher punishments would be prescribed against rapists, and measures taken to prevent a recurrence of such attacks as she and the 13-year-old girl had suffered.

“Please take these steps because they should be able to reduce or even prevent such attacks from taking place,” she said.

A part of her letter also attacked the current governor of the SRT, Prapat Chongsa-nguan, for saying that there had never been any serious crime on trains on the Bangkok-bound route until this month.

“How can he fail to notice that a rape had happened on the SRT train before this?” she said.