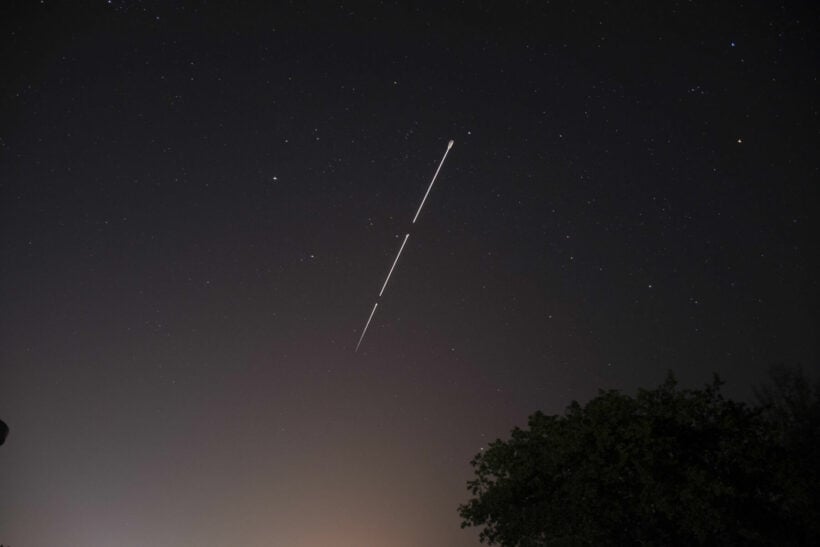 A bright object streaked across the sky last night, catching the attention of locals in Prachuap Khiri Khan and even shocking the local astronomy team observing the stars. It’s not a UFO. It’s not a comet. It’s actually the International Space Station.

Astronomers from the province’s King Mongkut Science Park were observing the stars and photographed the streaks of line. After figuring out what it was, they made a post on Facebook reporting that the “mysterious line of light” is actually the ISS.

The space station is moving through the southwest from the Indian Ocean to the northeast, crossing over many countries in Southeast Asia including Indonesia, Thailand and Cambodia.

7 astronauts on board the ISS which is orbiting the Earth at 7.66 kilometres per second.

People can follow the route to ISS and its mission HERE.