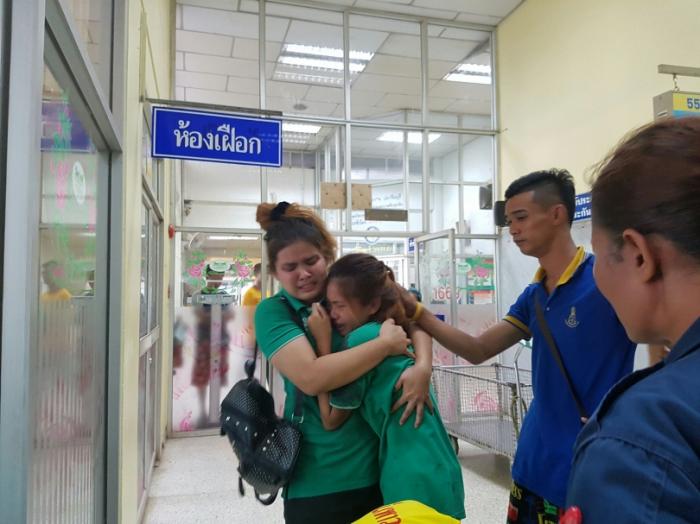 PRACHIN BURI: A 14-month-old girl was killed and her grandmother injured when the toddler picked up a home-made bomb in their home in Prachin Buri’s Sri Maha Pho district yesterday.

Police and bomb squad personnel rushed to the scene at about 10:30am. The grandmother, Jamnian Budda, 39, lost her right arm in the explosion. The child, named as Thidarat Sang-ondee, sustained shrapnel wounds to her head and torso. The girl later succumbed to her injuries at Chaopraya Abhaibhubet Hospital.

Capt Chakkapol Jaicheum of Sri Maha Pho Police said Ms Jamnian’s former husband, Sakchai Budda – who frequented the house despite their separation a year before – told police that Ms Jamnian followed the girl to a bedroom, where they found an explosive on the floor. The child picked it up, but dropped it to the floor when Ms Jamnian tried to take it away from her. The bomb exploded when it hit the floor.

Police suspect the bomb belonged to a friend of Ms Jamnian’s son who had recently stayed at the house.