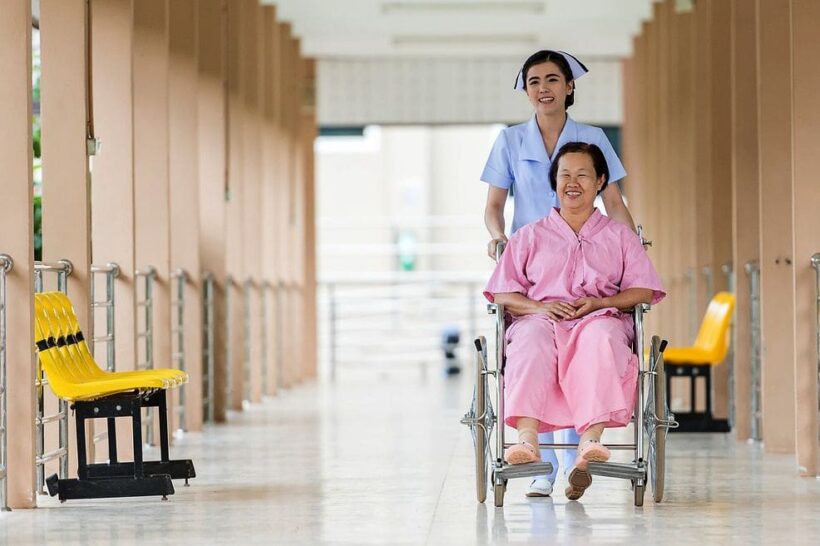 Refusing life-sustaining medical intervention during a terminal illness is now the right of every Thai. It is not guaranteed under the law.

Yet most Thais don’t know about the options or about palliative care services which help terminal patients die “naturally” and comfortably, instead of being kept alive artificially and usually with a great deal of expense.

According to recent research on “Public Awareness and Attitudes toward Palliative Care in Thailand” by the Thailand Development Research Institute, more than 75% of Thai people do not know that palliative care is available for terminal patients.

Meanwhile, the survey shows that 79% of Thais have not heard of a “living will”, the written directive prepared in advance to refuse life-prolonging intervention.

But ‘death’ is still a huge Thai taboo. And whilst keeping ‘ghosts’ happy and participation in elaborate ceremonies for funerals are a part of Thai life, the actual discussion of a person’s ultimate demise is a no-go zone in Thai society.

Such taboos usually leave the Thai patient and family unprepared when the time arrives. Without a living will, the use of life-prolonging machines against the patient’s wishes could inflict more pain and expense, for the actual patient and the relatives and friends.

The stubborn use of expensive medical interventions is considered a gesture of love and gratefulness by family members. Often, it ends up plunging the family into bankruptcy.

As Thailand rapidly becomes an ageing society, it’s more urgent than ever to embrace palliative care and allow natural death for terminal patients to take its course. This is not only a kinder option for the patient, it’s also less costly for both the family and the national healthcare system.

The law is supportive. According to Section 12 of the National Health Act 2007,

“a person has the right to make a directive in writing to refuse medical interventions which can only prolong one’s terminal stage of life, or to refuse medical services in order to cease one’s severe suffering from the illness”.

Section 12 of the National Health Act

This is known as the right to a natural death, or good death. As important as a living will is the mutual understanding between the patient and family, objective information about medical options and consequences, and respect for the patient’s wishes.

Since fear of lawsuits prevents many doctors from opting for palliative care for terminal patients, giving legal protection to the doctors who respect patients’ wishes goes a long way to strengthening the right to die with dignity and end-of-life care services in Thailand.

Preparing a living will and mentally preparing family to accept it is increasingly important in a greying society like ours. It helps terminal patients to have a comfortable transition before their last breaths. It prevents families from financial bankruptcy.

It can also helps soften pangs of grief knowing you have done the best to fulfil patients’ wishes. One of the most common wishes is to die at home.

Studies from Thailand’s universal healthcare system show medical treatment for cancer inpatients during their last month of lives costs about 45,000 baht. For outpatients receiving palliative care at home, it is about 27,000 baht.

Interestingly, even those who know about palliative care think of it as only the medical services for terminal patients at hospitals or hospices. Apart from medication to reduce pain, family members are encouraged to play a key role in providing psychological support for terminal patients so they can pass away without worry, guilt, or regret. Only then it can be considered a good death.