Thais love their national lottery. On the first and sixteenth of each month the lottery numbers are announced and people’s favourite numbers either come up, or they don’t – usually not.

You will see the lottery ticket vendors either on the pavement or wandering through restaurants selling a once in a lifetime dream of winning the lottery. The National Statistical Office of Thailand reveals that 47% of Thai families played lottery and lotto in 2017, up from 11% eight years earlier. On average a Thai family spends 4,660 baht per year on the lottery.

Thais can spend quite a long time combing over the available tickets in search of their ‘magic’ numbers.

It’s all about hope and dreams and little about real maths. The actual chance of winning first prize in the Thai lottery are 0.0001%. In other words, unlikely.

The Thaiger publishes the Thai lottery numbers on its Thai language Thaiger page on the first and sixteenth of every month. 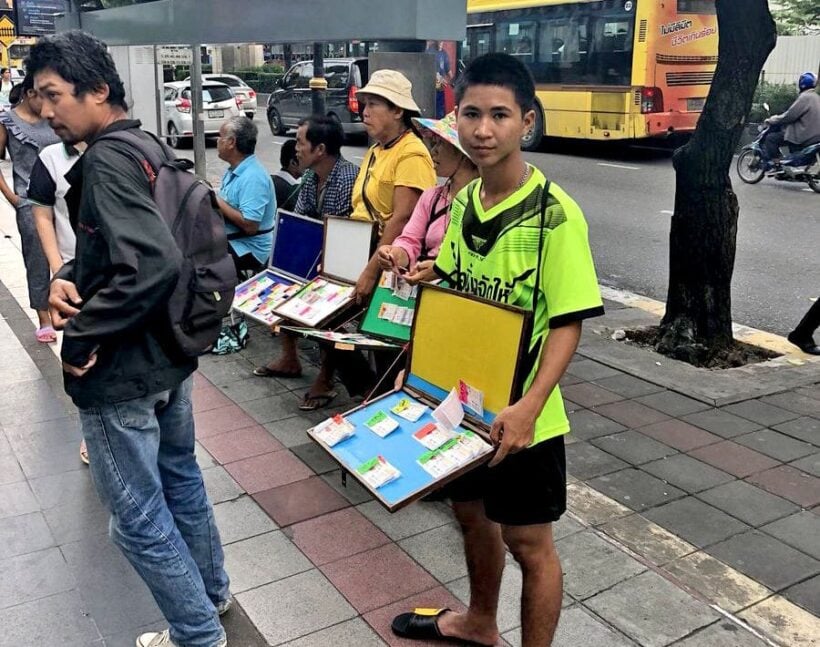