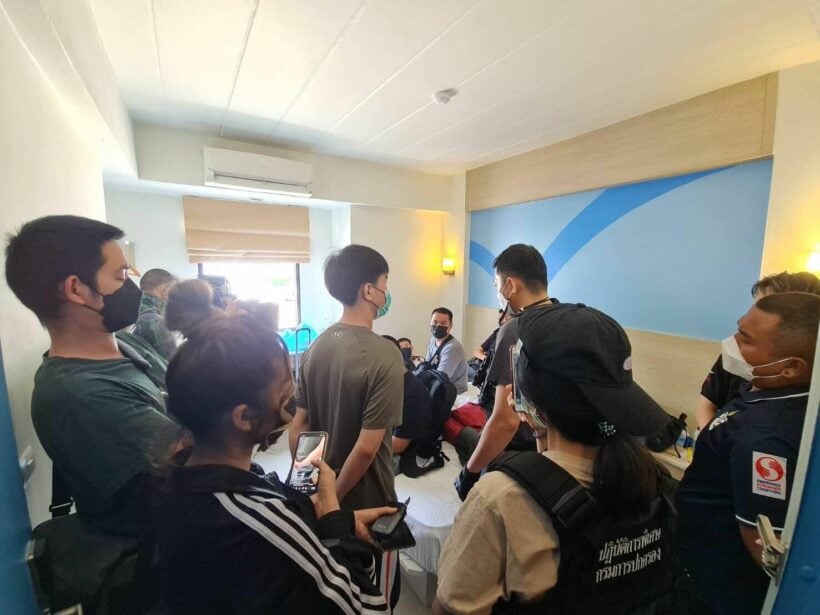 Eleven Thais were reportedly lured into work for a call centre scam and were rescued by Thai authorities, with some of them being held at a home on a small, isolated island known as “No Man’s Land” near Myanmar. Two Chinese men were arrested for allegedly luring the Thais to work for illegal call centres in Myanmar.

Four of the victims were found in a home on “No Man’s Land” in the middle of the Moei River between Thailand and Myanmar. Reports say they were waiting for a boat to travel to Myanmar. Another team found seven people at a hotel in Tak’s Mae Sot district, which borders Myanmar, and arrested two suspected agents for allegedly hiring them without permission.

The investigation started after a suspicious job advertisement was posted online. The salary offered was so high, that some suspected it to be a scam and reported it to authorities at the Damrongdhama Centre under the Ministry of Interior.

Reports in Thai media say that authorities investigated and found that Thai and Chinese agents were working together to lure Thai people to work as scam call centres in Myanmar. Some were being sent from Bangkok to Tak’s Mae Sot district, and then across the border to Myanmar. The authorities also issued an arrest warrant for the person who posted the job advertisement.

The authorities also added that Thai people who were lured into working and living in a hard time could contact for support by visiting the website damrongdhama.dopa.go.th or through the Dopa Help application.

HiuMak
Of course the chinese are involved
Lawyers_Guns_and_Money
On 4/1/2022 at 1:29 AM, Thaiger said: Eleven Thais were reportedly lured into work for a call centre scam and were rescued by Thai authorities, with some of them being held at a home on a small, isolated island known…