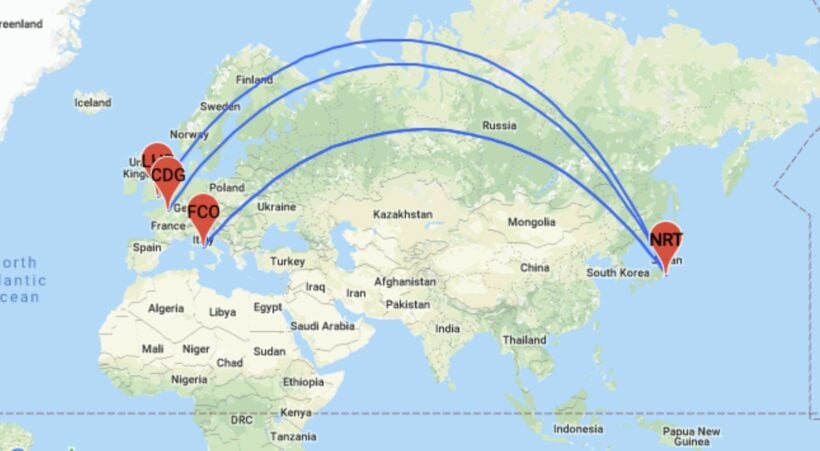 More planes might be detouring through Thailand’s airspace as a result of Russia closing its skies to airlines from “hostile” nations, after an overwhelming majority of nations condemned its invasion of Ukraine at the UN General Assembly last month.

The nation’s Ministry of Transportation has called for the Aeronautical Radio of Thailand, or Aerothai, to draw up a contingency plan, in preparation for a potential increase in air traffic through Thai airspace, as the international flights of some airlines are being forced to take long detours to avoid flying over Russian territory.

The ministry issued the order after the International Civil Aviation Organisation, or ICAO, discussed the situation with the nation’s PM on April 5. Transport Minister Saksayam Chidchob said he asked Aerothai to review airline route data and the amount of air traffic passing over Thailand in order to design a relevant contingency plan, the Bangkok Post reported. Thailand is the ICAO’s Asia Pacific base.

Some airlines may need to refuel in Thailand before continuing on to their destinations, so the agency will need to take each airport’s ground-handling capacity into consideration. As a result of the detours, flight times on East to West routes may require an additional 3 hours, according to Saksayam, who said he has he’s instructed state agencies to prepare the necessary information “in case we need to work with the ICAO on the airspace issue”.

Meanwhile, Thailand will not allow Russian commercial airlines, with either passengers or cargo, to fly to Thailand during this time, the ministry said. Special exceptions may be given for on humanitarian reasons — i.e. evacuating stranded Russians.

“The government remains neutral because we’re not a party in the conflict… There’s no wavering toward the left or right. We have to follow the stance of the United Nations.”

Last month, Thailand was among the 141 nations that voted in favour of a resolution that condemned Russia’s invasion of Ukraine. The vote took place at the 11th Emergency Special Session of the UN General Assembly. However, Thailand more recently joined 57 other countries — including Malaysia, Indonesia and India — in abstaining from a vote to suspend Russia from the UN Human Rights Council. 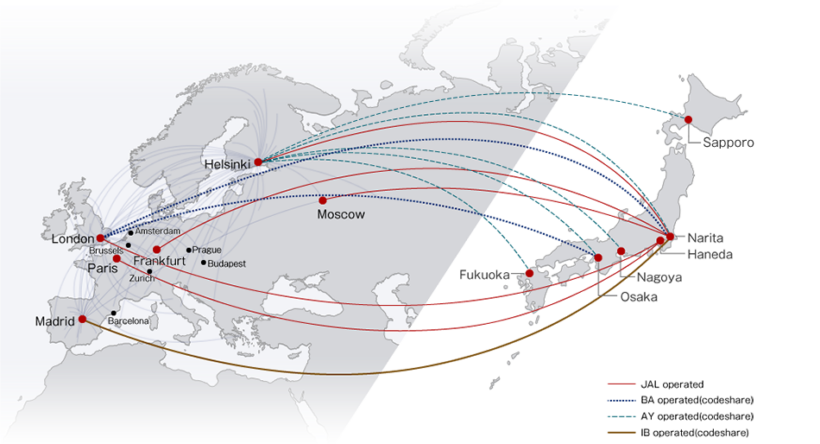 Photos: “Served by JAL, British Airways, Finnair and Iberia, customers departing from Europe can use British Airways’ hub in London, Finnair’s hub in Helsinki and Iberia’s hub in Madrid as their gateways to Japan. Japan is now even more accessible and convenient to reach.” Credit: Japan Airlines

Alavan
4 hours ago, Guest1 said: I still don't see that, with Alaska from europe. If they need it quick, they fly , like AF, just south of the Russian Airspace. China is still open. If they can't fill direct flights…

Guest1
2 hours ago, Alavan said: A straight line on a map is not the shortest way, except with the flat earth society. the greatcircle (orthodrome) is the shortest route between 2 points, and is used on transocean flying and sailing…

Guest1
Btw, JAL is flying to London your "prefered" route, but to Vienna the south one, like Air France
CamPat
It's getting crowded :

Guest1
3 hours ago, CamPat said: It's getting crowded : Yes, south of Russia.

Thais still don’t want to travel overseas at this time