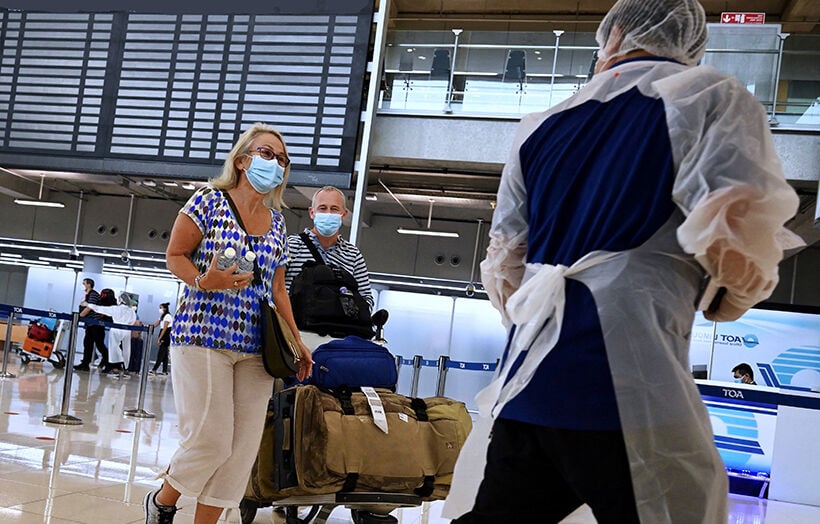 A good news and bad news day yesterday as the Thailand Pass was scrapped for Thais at the end of May, but remains an online digital gateway requirement for foreigners, at least until the end of June, perhaps beyond.

The only good news for foreign travellers, in yesterday’s briefing, was the removal of quarantine for unvaccinated, or under-vaccinated, inbound arrivals. Now unvaccinated travellers can arrive and undertake an ATK test, under the supervision of a health professional, at the airport. If negative they can go on their way and self-monitor their health whilst in Thailand. But, if they test positive, they must go to a hospital for compulsory treatment, which will be paid for by they compulsory ‘Covid’ insurance (with remains for all foreign arrivals and is set at a value of $US10,000, after being dropped from US$20,000 on May 1).

So, for unvaccinated travellers, although the official 5 day quarantine has now been removed, it could be replaced by an even longer enforced stay at a Thai hospital until you can present a negative ATK test. At the traveller’s cost.

All foreigners will still need to apply for, and be approved, a Thailand Pass before they can come to Thailand. But the government has sweetened the extended requirement saying they will fast-track applications. Fully vaccinated travellers will still need to upload their passport and vaccination details, and proof of a Covid insurance policy valued at US$10,000.

Currently, a traveller’s Thailand Pass is approved by officials from the Department of Disease Control and usually takes from a few hours, up to 3 days.

But from June 1 the Ministry of Foreign Affairs, which administers the Thailand Pass, is introduction “artificial intelligence” to work through the online applications, instead of offers from the Department of Disease Control (dare we ask “what could possibly go wrong”?)

Aligning with yesterday’s announcements was the decision to extend the emergency decree another 2 months, until at least the end of July. These 2 month extensions of the emergency decree have been happening since the decree was invoked back in April 2020 when Thailand pulled the shutters down on its borders.

The emergency decree allows the CCSA (Centre for Covid-19 Situation Administration), hand-picked by the government and chaired by the Thai PM, to make quick decisions on the run without having to consult with parliament. It also allows the CCSA to come up with, and modify, restrictions and guidelines (like the wearing of masks or the closure of bars) when it meets twice a month.

The CCSA have been hosting daily Covid media conferences, mostly in Thai and English since June in 2020, where they announce the latest Covid case data along with related information about restrictions, zoning, and the latest foreign and domestic travel arrangements.

There has been 521,139 new applications for Thailand Passes since April 29 until last Wednesday. 6,789 of them are still being processed, the others either approved or rejected. The number of international arrivals also kicked over the 1 million mark this week, since the start of the year, approximately 60-70% of them ‘tourists’, well down on the average of 3.3 million arrivals per month during 2019, when some 39.6 million international arrivals were registered for the year.

Another sweetener in yesterday’s announcements from the CCSA was the ‘official’ opening of bars in Green and Blue zones, basically covering all the tourist hot spots. The official opening allows alcohol sales until midnight – somewhat of a formality since many of the bars had been reopened under the guise of ‘restaurants’ under a loophole in the government’s SHA+ registration requirements.

All the announcements made yesterday kick in from June 1. You can go to the Thailand Pass website HERE.

PJK
Thailand Pass is a government joke at this point. The Kingdom is telling me they actually don’t want tourism at the levels of 2019.  AsEAN countries that dropped all restrictions are getting the travel funds that Thailand apparently does not…

DoUKnowWhoIAm
12 hours ago, Cabra said: Regardless. It's still a scam when you force people to buy something they don't need. What next, earthquake insurance for all foreigners to rent property in THA. Or maybe Dengue fever insurance for all tourist.…

DoUKnowWhoIAm
Will there be a separate TP application and insurance demand for the upcoming monkey pox pandemic?

Cabra
7 hours ago, DoUKnowWhoIAm said: Will there be a separate TP application and insurance demand for the upcoming monkey pox pandemic? Makes about as much sense as covid insurance... So probably 😂
rc1
Time for the Daily CCSA briefings to stop. You'll know you're getting somewhere when that happens.