In today’s news, The Thai government looks to address the issue of health insurance that will also cover mild symptoms. Meanwhile, the tourist sector urges the government to delay the 300-baht tourism fee, and the Thai Prime Minister for some reason feels the need to fortify the fence around Government House. All this is coming up in today’s program.

You’re watching Thailand News Today, bringing you the latest headlines in Thailand and beyond. And in today’s news.

ธเรศ กรัษนัยรวิวงค์ from the Department of Health Services Support says many infected tourists struggle with insurance policies taken out in their home countries prior to travel, as most policies will not cover treatment if a Covid patient only has mild symptoms. He says if tourists can look into packages from Thai insurance firms, this will enable them to claim for treatment expenses.

In this regard, the department has proposed that the Office of Insurance Commission allow Thai health insurance companies to launch packages that cover Covid-19 treatment for foreign tourists. This will help foreign tourists to make faster claims for treatment expenses. It normally takes 7-10 days to claim expenses with some foreign health insurance companies, according to ธเรศ

He also added that more hotel isolation facilities, or so-called “hospitels”, will be made available to tourists with mild symptoms.

Meanwhile, Nation Thailand reports that an increasing number of hotels are applying to become “hospitels”, providing hotel room isolation for asymptomatic patients or those with mild symptoms.

The eastern province of Chon Buri that houses Pattaya has introduced a hotel isolation scheme aimed at foreign tourists. Most patients in the scheme do not develop any symptoms. Tares says he expects other hotels in the main tourism provinces to also convert their facilities into hospitels.

He said that treatment expenses under the hotel isolation scheme will remain at 1,000 baht per person in line with National Health Security Office regulations.

Earlier this week, another 300 hotel isolation rooms were opened on the southern island of Phuket, offering isolation facilities for infected tourists with mild or no symptoms.

—-
Tourism operators are calling on the Thai government to delay the introduction of a 300-baht tourism fee to give the sector time to recover. The fee is currently due to take effect from April and will apply to foreigners arriving in the kingdom by land, sea, and air.

Marisa Sukosol Nunbhakdi from the Thai Hotels Association says that while the fee is a relatively small amount, it still risks putting foreigners off, especially those who travel in and out of the country frequently. She adds that while the concept of the fund is a good one, now is not the time to introduce it. In doing so, Thailand risks losing out to other countries.

She said that if the country wants to welcome back tourists, the tourism fee has to be put off until at least 2023 as the sector has to be rebuilt from the ground up because of the Omicron variant.

ศิษวัชร ชีวรัตนพร from the Association of Thai Travel Agents agrees, saying the fee should be postponed until tourism is back at pre-pandemic levels and Chinese visitors have returned. With the suspension of the Test & Go entry scheme, he too believes now is not the time.

The pleas may fall on deaf ears, however. Tourism minister Phiphat Ratchakitprakarn says his ministry has already held talks with most airlines serving Thailand and it’s likely they will reach an agreement by March to include the fee in their fares. Phiphat says tourists arriving by land border will be “encouraged” to pay the fee via an app. However, migrant workers who cross the border daily will be exempt.

The tourism minister says he’s confident the levy will not deter tourists as several other countries already charge a similar fee. He expects the tourism fund to generate at least 1.5 billion baht from around 5 million tourists.

From that, 1.25 billion will be set aside to upgrade tourist sites, such as installing public toilets and creating accessible entrances for the disabled.

In a move sure to inspire the impression of an open government fighting for the interests of the people, PM Prayut Chan-o-cha has instructed the relevant government departments that the border fence must be raised around Government House.

The order was put in place saying that over the years the roads around the government building have been resurfaced multiple times, each time raising the street level a bit. The fence was once taller compared to the street outside of the compound but is now only about 2 metres high.

Prayut says that the fence that protects Government House, where the Prime Minister and top cabinet officials have their offices, should be somewhere between 3 and 4 metres high.

While he did not give any other official reason for the fence to be raised other than the rising street elevation, PM Prayut did instruct the Public Works Department to make sure that even with the raised height, the fence would not obstruct the view of Government House.

Great, so people can still see where their eggs have landed.
—

Oh speaking of throwing eggs, the pro-democracy activist and anti-government protest leader, ปนัสยา สิทธิจิรวัฒนกุล, has had her bail extended.

Yesterday, the Bangkok South Criminal Court ruled to extend bail for ปนัสยา, as well as lifting conditions that had prohibited the young student from leaving her home.

Panusaya, one of the leaders of the pro-democracy Ratsadon group, has been a key figure in the anti-government protests that have been taking place on and off across Thailand since 2020.

She is awaiting trial at Bangkok South Criminal Court on charges of lèse majesté or violation of section 112 of the Criminal Code. Thailand’s lèse majesté law is one of the world’s strictest and prohibits criticising, defaming, or otherwise insulting the monarchy.

ปนัสยา is to stand trial on lèse majesté charges after wearing a crop top at Bangkok’s Siam Paragon mall in December 2020. She had words written on her abdomen which have been deemed insulting to the monarchy. Violation of section 112 carries some tough penalties, including up to 15 years’ imprisonment.

Panusaya’s bail was due to expire yesterday, but the court has agreed to extend it until May 25 and allow the student to leave her home between the hours of 6am and 6pm, removing a 24-hour curfew previously imposed. Thai Lawyers for Human Rights say all other bail conditions remain unchanged. The group has welcomed the court’s decision, saying it spares Panusaya from being returned to prison.

Thai PBS World reports that today, the activist will appear before the Criminal Court and the Ayutthaya Provincial Court, with both courts expected to issue orders related to other charges against her.

A Public Health Ministry official says there’s no need to close schools where Covid infections are found as effective measures are already in place.

สุมนี วัชรสินธุ์ says nearly all schools have passed a Covid-19 control evaluation, which checks their disease prevention measures. Furthermore, 95% of students over the age of 12 have now received their first Covid vaccine, while 70% are fully inoculated.

The Thai government has now ordered doses of the Pfizer mRNA vaccine which has been specifically formulated for children between the ages of 5 and 11. Supplies are expected to arrive later this month or next, and administration of the doses will begin with children aged 11.

Sumanee says that out of 7,526 local infections reported on January 7, around 1,000 were in children under the age of 19 where most had contracted the virus from family members.

On Tuesday, schools in 3 provinces reported Covid-19 clusters: 6 in the eastern province of Chanthaburi, 5 in Bangkok, and 2 in the central province of Nonthaburi.

A dozen of owners and managers of Pattaya’s bars-turned-restaurants were arrested for allegedly serving alcohol past the 9pm cutoff time.

Some bars reportedly lowered their shutters to make it appear like the venue was closed, but continued to serve booze to customers inside. Some turned off the lights and music at 9pm, but stayed open, serving alcohol discreetly with disposable coffee cups. The Pattaya News says some tried a loophole around the rule, allowing customers to “pre-purchase” alcohol before 9pm.

The Chon Buri Police visited bars in the area to see if they were breaching the strict closing time of 9pm set by the CCSA. No customers were arrested for not having an antigen test prior to entering these venues, following another controversial law made by Chon Buri officials.

Bars and entertainment venues across the country have been closed since April due to tight Covid-19 restrictions. Recently, the CCSA announced that bars and other entertainment venues can apply to temporarily reopen as “restaurants.” Chon Buri, which includes Pattaya, is classified by the CCSA as a “blue” zone, allowing alcohol sales at restaurants up until 9pm.

Although Pattaya is in the “blue” zone with more relaxed disease control measures than other zones, the area has seen an uptick in Covid-19 cases involving the Omicron variant. The Chon Buri Police Department says the raids will continue every night.

And that’s all for our report. Thailand News Today will be back tomorrow on the Thaiger channel. We’re also launching a separate channel next week focusing on fun, provocative, and educational content. So keep your eyes and ears open for that too. Meanwhile, you’re now up to date on the Thaiger.

Bike
It is ridiculous to try to sell more insurance. If you want tourists to come in then stop these insane requirements. Stop increasing the price for tourists entering Thailand. Open up the borders, let people in and let the economy… 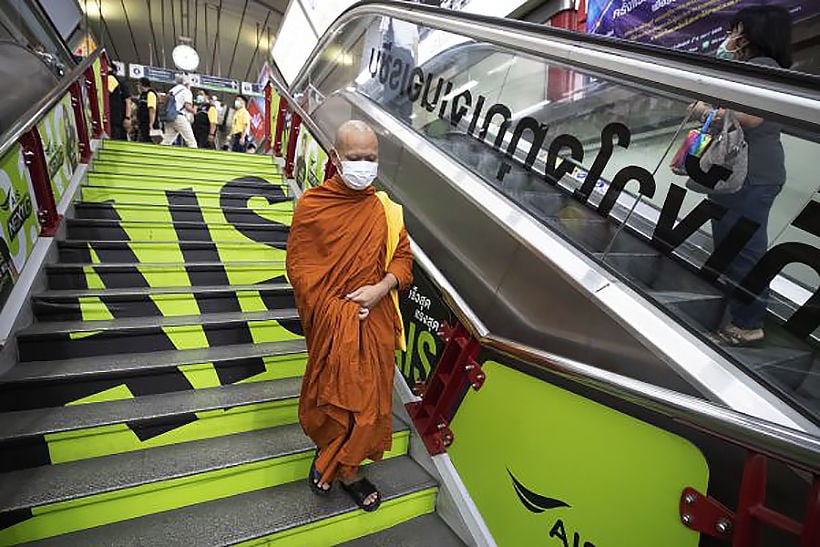 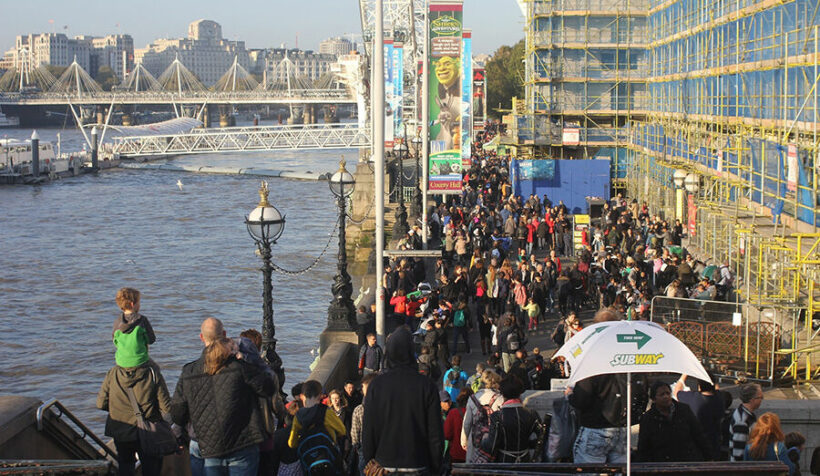 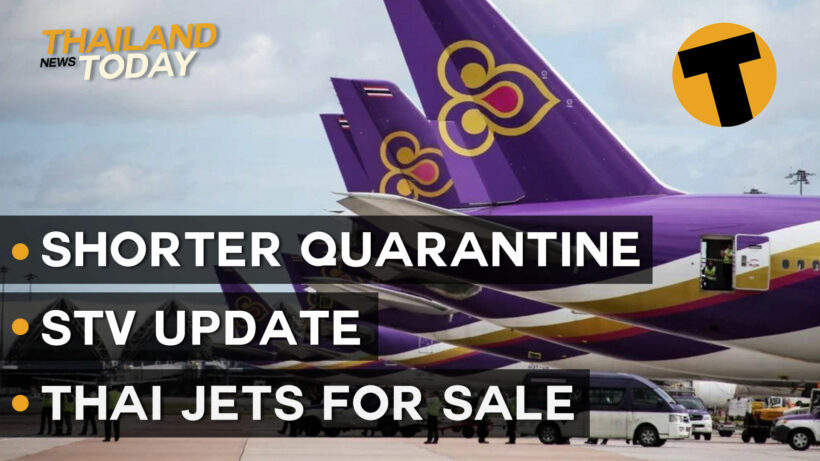 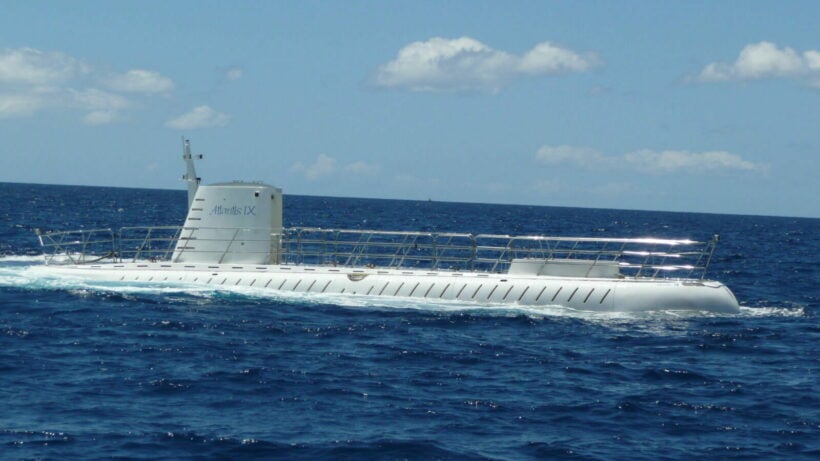 Royal Thai Navy goes ahead with plans to buy 2 submarines