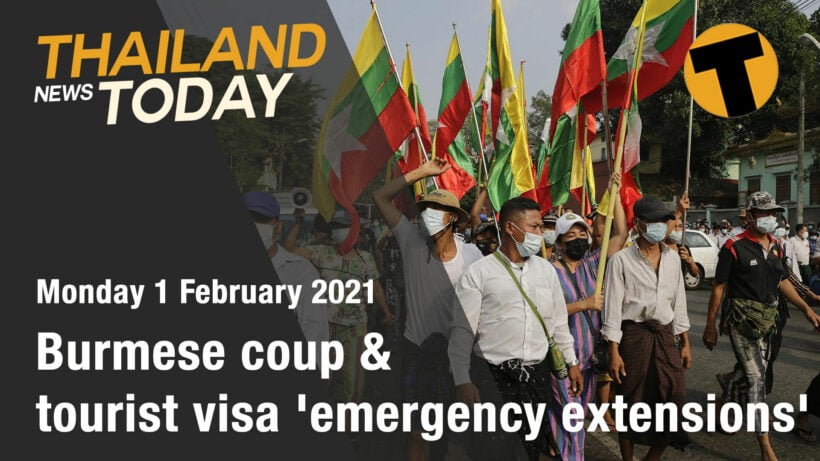 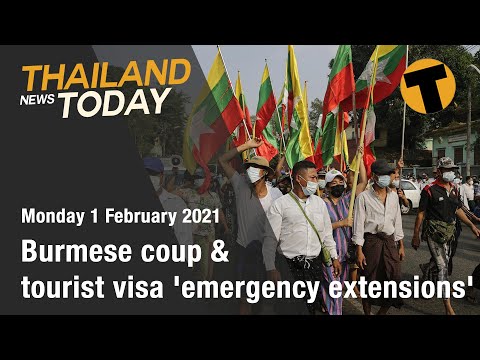 Myanmar’s military has taken control of the country in a political coup, deposing the elected government after reportedly detaining de-facto leader and ‘State Counsellor’ Aung San Suu Kyi, along with other politicians early this morning.

The military-owned Myawaddy TV announced a state of emergency had been declared for 12 months and power transferred to the Junta. A news presenter referred to a section in the military-drafted constitution that allows the military to take control during times of national emergency.

The coup comes after tensions rose between the civilian government and the military following a disputed election last November. The military said it was stepping in and handing power to the Army commander-in-chief because of alleged “election fraud” and the failure to postpone the election due to the Covid-19 pandemic.

Aung San Suu Kyi’s ruling National League for Democracy won last November’s election in a landslide. She’s broadly considered a hero of democracy in Myanmar, certainly by the Burmese. She spent years under house arrest, still struggling for democracy. Her efforts won her the Nobel Peace Prize in 1991. But her reputation has been tarnished of late by her lack of action against the military crackdowns on the country’s ethnic Rohingya, considered as ethnic genocide by the UN.

Myanmar was ruled by the military for 5 decades until democratic reforms began in 2011. The coup came on the morning the new Parliament session was set to begin.

Suu Kyi’s party claimed victory after the general election in November 2020. It won 396 out of 476 seats. The military-backed Union Solidarity and Development Party won only 33 seats.

Thailand tourism officials are shooting for a goal of 5 million international arrivals this year. That may sound like a lot, but it’s half of the original forecast predicted at the start of the year, and a far cry from the roughly 40 million visitors welcomed to Thailand in 2019.

Meanwhile, the Public Health Ministry is working on a Covid-19 “vaccine passport” which would be on a smartphone application or a smart card. The Minister says that once the scheme is ready, tourists with the vaccine passport will be able to enter Thailand.

With Thailand’s mass Covid-19 immunisation plan expected to start within the next month, the Tourism ministry plans to talk with the PM and the Public Health minister about including tourism workers in the first round of vaccinations.

The first group to be vaccinated are frontline health care workers and people over the age of 60 who live in areas classified as the highest risk of infection.

5 police officers have been injured in a bomb explosion in Narathiwat, a predominantly Muslim province bordering Malaysia that has been plagued with violence related to the religious separatist insurgency for 2 decades.

Officers were on their way to investigate a fire at a mobile phone tower in the Si Sakhon district when a bomb planted under the road exploded, injuring 5 officers and damaging their pickup truck. The officers were sent to the Si Sakhon Hospital and are now in stable condition.

The Explosive Ordnance Disposal team investigated the site. They say the bomb was planted under the road and wired to a 25 kilogram liquefied petroleum gas cylinder. Narathiwat police suspectsthe bomb was triggered using a radio signal.

Threats were made to Buddhists and soldiers in the area and 2 mobile phone towers for True and Dtac were set on fire before the explosion yesterday morning.

Stranded foreign tourists, either genuinely stuck in Thailand since April 2020, or stuck here by choice, are able to stay in Thailand until May 30, according to an order signed by the Immigration Bureau last week. The order empowers local officers to grant a 60 day visa extensions in the time between January 29 up to May 30.

The order allows for a further 60 day extension for people on a tourist visa beyond January 29 when the previous order expired.

Immigration officials have explained the reason for the latest extension is the “ongoing pandemic which has seen many European countries close their borders to non-European Union air traffic.”

There has also been stricter border controls in the UK, US and Australia in recent weeks.

If you need to extend your visa, or your visa deadline is approaching, or lapsed, visit your local immigration office and check you options.

Bangkok’s Hua Lamphong Station is scheduled to stop being the hub for the country’s train networks in November this year when the newer, much larger Bang Sue Grand Station comes on line near the Chatuchak market, north of the city centre.

State Railways or Thailand is proposing that the historic Hua Lamphong railway station will be used as a train depot and maintenance station.

But the State Railway Workers’ Union won’t hear of it and has rejected plans to close train services at Bangkok’s main train station.

The president of The State Railway Workers’ Union has sent an official letter to Transport Minister stating that “thousands of commuters will be affected if all train services to Hua Lamphong Station closed this November as planned”.

The SRT governor admits some train commuters will be affected but that the agency has completed a contingency plan to help reduce the impact.

Legalisation of hemp cultivation is expected to boost stocks